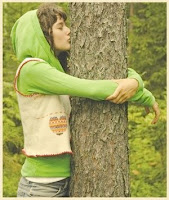 As a paid up member of the Tree Huggers, I'm a bit miffed with them. Yesterday I found out via the astro club committee that they are having a stargazing event later in the year. And I found out this morning through Facebook that they are having a kite-flying event in a few weeks time. It would have been nice to have been told about these events from Tree Hugger HQ directly; I'm left wondering how many other events I might have missed. I would post a whinge on their Facebook page, but the last time I posted there (to report vandalism), my post got deleted.

Being rather bored today I spent a little while perusing various job adverts. I also spent some time revamping the covering letter I send out with my job applications. The new-look cover letter might do some good; it might not. Time will tell. It usually does.
I also added my father-in-law to my LinkedIn account. I must admit that I'm still undecided about the whole LinkedIn thing. I can only describe it as "Facebook for normal people". I am assured that it is intended for setting up a network of contacts for various professional matters. Hopefully it might be good for lining up a job: it don't hurt to try it. The idea is that you can recommend people's services: a shame I can't see how to actually do it.

Being Tuesday the clans gathered - this time at Chris's where, after exchanging a few insults, we watched another episode of "Being Human". For all that the basic premise is rather daft (a vampire, a werewolf and a ghost sharing a house), the show is getting really good.

And then home again where I played on-line scrabble. Possibly for the last time. The game has changed since yesterday - it now has pop-up adverts appearing every time I do anything in the game. Which is a pain, to say the least...