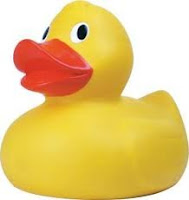 Last night I had a wonderful time with wonderful company. And there’s no denying that I ate and drank far too much. When I came home my stomach was definitely suffering from overindulgence. And it carried on rumbling and complaining most of the night. In retrospect I can see my mistake. I had far too much of the rice, and washing it down with three beers didn’t help. The beer made the rice swell up, and that was what made it hurt so much. I came home last night and went straight to bed. I didn’t even pause to write my blog last night. And that is quite unlike me (!)
As well as having a serious guts ache, I woke this morning with such a hangover. One bottle of spitfire and two (small) bottles of San Miguel, and I felt like death warmed up. Over the last few months I’ve certainly suffered whenever I’ve had a drink. Perhaps I should give it a miss from now on?
I gradually became more human over a spot of brekky, and having been inspired by Bob Ross I set off to work. It was a foggy morning; I couldn’t see more than twenty yards through the fog. And so many people were driving at break-neck speed with no lights on their cars. Idiots!
Today the chancellor of the exchequer announced his budget plans for the next year. It seems he’s bashed the rich to give to the poor. In this new era of austerity, I might (just possibly) have benefited. I say *might* - I suspect I haven’t. It’s been my experience that what the government give in a budget with one hand, they take with the other. Any bung I might get from raising of tax thresholds will be more than wiped out by the summer’s rise in fuel duty. But am I downhearted…
Yesterday I mentioned that a C.V. writing company had phoned me. Today another one did. I was expecting the worst, and was about to tell them to get knotted when it suddenly became very clear that the chap on the phone had actually read my C.V. He had a useful suggestion. And another useful suggestion. He talked for about half an hour. He wasn’t surprised that I’m not having much luck with my job applications because he felt the C.V. I was submitting was rubbish.
It turned out that my C.V. was little more than my previous job descriptions. Anyone could have done that. What I should be doing in a C.V. is saying about what skills I’ve got, and how I apply them. I should say how I do what I do, not what I do. So I’ve done (yet another) major C.V. re-write. Hopefully some of my loyal readers might give it the once-over and offer their sage wisdom before I try the new C.V. out in a day or so?
And in closing, it's Smarden duck race in a couple of week's time. If you're up for it, let me know...
Posted by Manky Badger at 8:12 pm