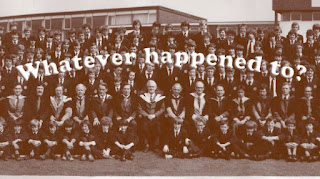 I slept reasonably well last night – eventually waking at about 5.30am. I expect that this was due (in no small part) to the terrible night’s sleep I had on Saturday night. Wide awake and raring to go (!), I got up, abluted, watched a bit of telly and then set off to work earlier than usual. The boss has suggested that I try something new…
As an experiment I shall only work for three days this week; but they will be longer days with no lunch break. I will get all my working hours done in these three days. Everyone else has to do less early and late shifts this week, and I save the cost of two journeys (about fourteen quid). Everyone’s a winner. If it works, more people might take up this way of doing their hours.
I must admit that for years I have quite liked the idea of working fewer days in the week, but longer days. But the theoretical idea is rather different to the actual experience. Leaving home at 7am for twelve and a half hours of sheer unadulterated tedious boredom and then getting home at 9pm made for a long day. Mind you, with "er indoors TM" out bowling tonight, it wasn’t as though I was going to miss much at home this evening anyway.

Yesterday I mentioned that I’d had cockles at the seaside. As I scoffed them I half hoped that I’d get squits, which would be good for both weight loss and a day off work. It turned out that I ended up egg-bound and spent the day feeling rather bloated (as well as bored); which wasn’t nice (!)

Completely out of the blue I had an email though my work email account. “Barrel” (who was one of my contemporaries at Hastings Grammar School in 1975) has started up an “Old Boys” group on Facebook for alumni of our old school, and he wondered if I’d like to join it. (I had actually already found and joined that list a week or so ago).
When I joined that group I saw some old acquaintances that I remembered, one or two people who wouldn’t know me from Adam, and one chap whose eye I blacked for him in the early 1970s.

Do I want to be remembered by those that are left of class 1Z? (And yes – it actually was class 1Z!) ? Over the years I’ve made the effort to get in touch with those that I want to get in touch with. As for the rest? It might be good to chat about the old days, but I doubt many of them would remember me. I had some good friends at school, but as one of the school’s non-sporty fat kids I joined in what I can only describe as an alliance of mutual self-defence with the rest of the halt and the lame. And as such we were generally shunned by the in-crowd. And I don’t suppose anyone from that far back would recognise my pseudonym anyway.
Perhaps I should join this group under my proper name? It might confuse less people. I might just start up a Facebook account in my proper name that I could use for when I’m on my best behaviour. (I could use that account for people who don’t know me).

As I came home this evening I looked for the spectacular sight in the sky, but couldn't see it because of the fog. And I had a sly smile at the thought of the new-age hippies who will be getting all of a quiver tonight. Venus and Jupiter are having a conjunction. Anyone who’s looked into the night sky recently must have seen the bright lights of Venus and Jupiter. Several people have asked me what the bright things are; and I’ve amazed myself by being able to answer.
Over the next day or so they will be very close together. It looks pretty, but as for any special significance of this conjunction… well any significance which is assigned to conjunctions is a load of crystal balls. The bright lights might look close together in the sky, but that is merely an optical illusion based on our perspective. Far from actually being close together, one of those planets is five times further away from us than the other is.
Mind you, that doesn’t stop the hippy-types assigning all sorts of meaningless significances to the conjunction...