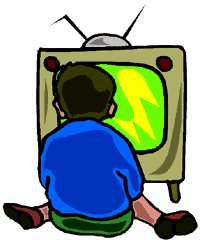 I slept like a log last night, finally waking to the cries of next door's baby shortly before 6am. Over brekkie I watched last week's episode of "South Park" and then a documentary about the lifeguards on Brighton beach (the one in Sussex). I used to go to college in Brighton and had one or two enjoyable days on Brighton beach. There weren't lifeguards on that beach when I was last there.
When that show finished there was a little countdown of the top ten movies currently in the cinemas. I've never really had much interest in going to the cinema. It looks like there's quite a few films out at the moment that I'd like. No one told me there was a Charlie Brown movie !!
My aunts used to go to the cinema once a week (every Tuesday) and take pot luck as to what was on. Thyet were rarely disappointed. Once a week might be a bit much. Once a month maybe?

Today's drive to work wasn't as cold as yesterday's. It was actually ten degrees warmer. Seven degrees (celcius) this morning; minus three yesterday. As I drove the radio spewed its usual blend of drivel. The most memorable part of it was that it didn't actually go fizzy and lose reception for several miles around Godmersham. Dodgy atmospherics or a new transmitter?

Once at work I carried on organising the troops. The hospital has advertised a competition for Christmas; participants have to create a nativity scene out of vegetables. Rather than carving a parsnip myself I've decided to mastermind the scheme. I have a team poised to create. All we need is the instructions. The flyer we found said to email for details. We have emailed; we wait expectantly.

I came home to find "er indoors TM" was home. She'd taken the day off sick today. She'd been whinging about being a bit under the weather for a few days. I must admit I wasn't feelin quite one hundred per cent today; I wonder if I'm going down with the same bug?
Perhaps an evening in front of the telly might sort me out?