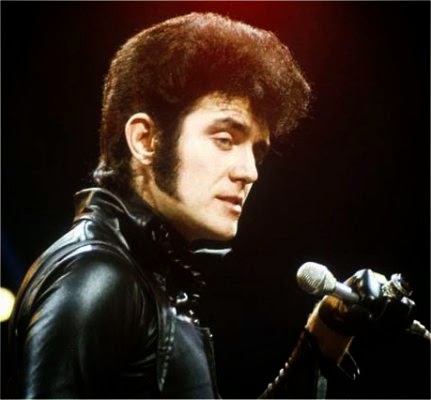 After a fairly decent night's sleep I got up to find my little dog was still snoring. I abluted and gave the beer barrel  a bit of a scrub, then settled down to brekkie. I watched an "All New South Park" episode which didn't feature any of Stan, Kyle, Cartman or Kenny, but did have Dick Dastardly and Muttley. And there was a Canadian version of Penelope Pitstop in the Queefmobile too.
As I watched the telly my dog watched me. Hopefully. He's not been up at brekkie time much lately, but today he saw off the crusts from my toast before settling onto my lap for some grooming. He likes being combed.

I set off to work, and my piss boiled as I listened to the radio. The NHS is having yet another radical shake-up to save yet more billions of pounds. The pundits on the radio were interviewing some NHS big-wig who was talking about the expensive mis-use of hospital services and was saying that it would be a far better use of resources for many patients to be seen in the GP surgeries.
It strikes me that moving patients from one health care location to another isn't going to save any money; the hospital bill might be less; the GP bill will be more. Perhaps the "experts" might look at why people go to A&E departments rather than GP surgeries.
Is it perhaps because you can *always* get seen in an A&E department? You might have to wait, but you will get medical attention. But if you phone your GP, more often than not you will be told to bugger off and try again tomorrow.
Perhaps A&E departments could learn from GP surgeries?

I stopped off on the way to work in the hope of being first to find a new geocache. I'd had an email yesterday saying that a cache would be placed at 5am this morning. It's unusual to get prior notice of the things going out, but this one looked as though it was going to be on my journey to work. It would be daft not to have a look-see. Mind you I was expecting the worst when I read the cache's web page:  "This cache is special, so if you want to find it you have to be accurate and act smart! A big surprise awaits the first one to find it! The cache will be placed at 23/10/2014 5:00am. Stand in the given coordinates and hear... To find it you'll have to follow the music! The container is a small taper-ware well hidden. Be cautious! Good luck."
I'm not a fan of caches with descriptions written in such poor English, but I thought I could have a go at being accurate and acting smart...

I soon found myself at a communal rubbish tip where there was no music. All I could hear was the noise of nearby traffic. After fifteen minutes the bin men arrived.
I gave up. There is only so much hunting "taper-ware" that one can do.
I kept an eye on that cache's web page - as the day went on others reported that they too had had a listen (as well as a look) to no avail. This evening came the news the thing hadn’t been put out at all… I’ve squealed to the Geo-Feds.

I did my bit at work, and at lunch time I did my best with "The Drunken Sailor" and "Greensleeves". I got a round of applause from the schoolchildren walking along the nearby footpath. I expect they intended it sarcastically, but I took a bow anyway.
Being Thursday I went from work straight to saxophone lesson. The lesson went well. I have graduated from drunken sailors. This week (whilst still wrestling with “Goose on the Razzle”) I have been assigned “Amazing Grace” and the introduction to “Baker Street”