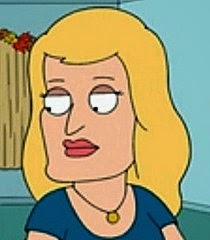 "Furry Face TM" seemed marginally more sprightly when I let him out of his cage this morning. He pootled round the garden but didn't seem to do much in the way of things that little dogs are supposed to do when they are taken outside.
Over brekkie I watched the latest South Park episode; in order to get better lavatorial facilities today's episode featured Eric Cartman announcing that he was becoming transgender.
Interestingly the morning's radio news also featured an interview with a transgender person who had become a lawyer. This person was discussing the allegations about a radio presenter having left his job after announcing that he was changing from one flavour to another.
Personally I can't really say it bothers me one way or another what someone is or what they want to be. But it does bother me that the pro-transgender brigade really can't understand why the general public cannot help but be surprised when confronted with such a person. I can remember when the first fruit of my loin met a transgender person for the first time. He was five years old. What he encountered really did look like a twenty-stone navvie wearing a dress.
Whilst I fully support anyone's right to appear as whatever gender they want; that person must also understand that what they are doing isn't "usual" and will initially attract stares.

The radio also featured the news that the green lobby are up in arms. Following the sacking of the ex-environment minister, said ex-environment minister has now become an advocate against the climate change lobbyists. He was on the radio rallying against what he called the "wicked green blob" and was hankering after a majority Conservative government which would see the sense in putting personal financial gain ahead of decency and common sense.
If nothing else, having the Dribbling Democraps in a coalition government has curbed the excesses of personal greed that have historically characterised "another political party".

I got to work, did my bit on a rather busy day, blew my sax at lunch time, and came home via the music school for sax lesson. Sax lesson went well; I've got a couple of traditional tunes for this week's homework in addition to one I've never heard before.

I came home to find that "er indoors TM" had let "Furry Face TM" out of his cage. When he saw me he started to run toward me, managed two steps and then yelped in pain. I wish I could explain to him that he needs to take things easy...