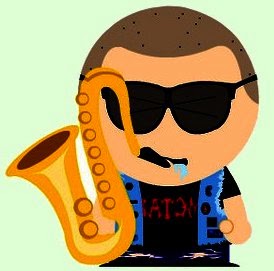 I suppose the road trip to the West Midlands had taken its toll. I slept like a log last night; not waking till gone 6am. I came downstairs quietly and found my little dog soundly asleep in his cage. I let him out over brekkie, and he sat on my lap where he scoffed the crusts off of my toast. I should really stop letting him do that; during this forced inactivity he's going to put on weight.

As I drove to work I listened to the news. The ebola pandemic is getting to be a serious concern now that the western world seems to be being threatened.Perhaps next time those of us who could actually help might do so sooner?

But (as is so often the case) one of the most important issues went mostly un-noticed. There are moves afoot to have smoking banned in all London parks.
There was an interview with one of the leading lights in the campaign to get smoking banned. The same bunch are also campaigning to have fast food establishments banned from being allowed to set up in the general vicinity of schools. The chap on the radio actually said that they are hoping to have no fast food outlet within four hundred metres of any school because (apparently) it is an established fact that the average schoolchild does not walk more than four hundred metres from their school.
When I was a lad I used to walk three miles to school every morning, and three miles back home again in the evening. Perhaps reinstating walking to school might go a long way to combat childhood obesity and would be easier and simpler for the government than fighting with big businesses.

Once at work I chased up the ENT secretaries about my proposed nasal re-bore. Finally I have a date for the operation; November 4th. A little more notice to re-arrange shifts would have been nice; and wouldn't have been too unreasonable for them to arrange bearing in mind they've known about this operation being pending for some months; but what do I know.

At lunchtime I had a sax practice; what with trips to Brum, visiting baby and ill pups I've let my saxing slip recently. I really need to get back on the case there. Today's practice was somewhat iffy. Rather than playing low C I think I nearly (but not quite) got the Brown Note.
(For those of my loyal readers who don't watch South Park the Brown Note is a musical note so low in pitch that when anyone hears it they involuntarily sh*t themselves to death)

This evening I really should have gone to the astro club committee meeting. But I was rather late home yesterday evening, and wasn't home at all on Monday evening. I really wanted to sit with my poorly dog tonight; and that's what I did. With "er indoors TM" off out to one of the meetings of the association of certified candlemongers I tried to explain to a sulking Patagonian Tripe-Hound exactly why he's been imprisoned for the next six weeks.
I don't think he understood...