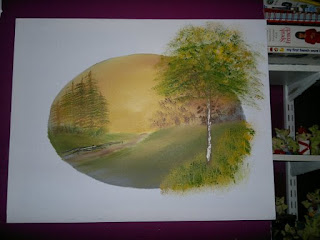 I was rather late to bed last night. Before going to bed I wanted to tally up the money from last night’s astro club meeting. No matter how I counted the money, I was exactly twenty four quid short. After what seemed like hours of frustration, I got up to make myself a cup of coffee. As I got up, I noticed a bowl of coins by my side that I’d put there to count later. And in that bowl was exactly twenty four quid. Oh how I laughed when I finally got to bed shortly after 2am.

And despite a very late night, I was still up and about shortly after 8am. With ‘er indoors TM off on a candle-related beano, I was left to my own devices for the day. I started off with the weekly weigh-in. And again, I can’t say I’m sure exactly how much weight I’ve lost. By moving the scales to various points on the kitchen floor I can vary the readings by over four pounds. So I took an average reading and it looks like I’ve lost another two pounds this week.

I then went up to the bank to pay the astro club’s money in. Nat West look to be having something of a re-build: the place wasn’t what it once was. But the staff were a lot more helpful that the last time I went in, so I shall be grateful for small mercies. I then went shopping for some canvases for Badger Original Landscapes (did I mention I’m doing it commercially?). It certainly pays to shop around: the same thing was available in three different shops; prices varied by up to five pounds.

I came home with five blank canvases. I wonder how long it will take to shift those? And once home I had a go at doing a painting. Something with yellows and browns and contact paper and coming out of the circle. I’m not entirely happy with the result; but then I never am. Whilst I was painting, “My Boy TM ” came home with a beach-casting  fishing set he’d got from the market. He was rather anxious about the shed: apparently there’s been a spate of robberies from sheds in some of the nearby roads. Fortunately we were OK: sometimes it helps not having rear access (oo-er!).
I then realised I’d used the last of my tear-off palates. So I wandered back up to town to get some more. More expense – but as its business related it might be tax-deductible. I wonder how tax-deductible works?

I then watched a couple of episodes of “The Joy of Painting” over lunch. That counted as research. And then I syphoned the beer from the bucket into the pressure barrel. Hopefully it will be ready for Christmas. I had a sip whilst syphoning: it tastes very much of liquorice. But I remember last year’s having a similar taste at the barrelling stage.
And then with beer barrelled and paintings painted I set about the ironing. There was quite a lot of it. About two hour’s worth. That kept me out of mischief for much of the afternoon.

I then had a bit of a fiddle about with Badger Original Landscapes. I’ve put the links at the tops of the pages where they are immediately obvious; rather than at the bottom. And I’ve put up a page of paintings that are currently available for sale. It might be easier for people to choose from a selection rather than having to muck about planning out one from scratch.

‘er indoors TM  eventually returned home from flogging candles, and after a quick sossige sandwich (who says I can’t cook!), Jose drove us round to Chris’ house. We played Top Trumps with the nutritional values on the crisps, and once I’d realised I had the same crisps as Jose and couldn’t possibly beat him, we settled down to watch films. “Minority Report” and “I, Robot”. Both excellent films: I can’t believe I’ve not seen them before, and I can only wonder how many other good films I’ve missed.

And I’ll close today with some bad news. Regular readers may recall that a few months ago there was uncertainty about the future of one of the highlights of my year: Teston Kite Festival. The word is that the festival planned for June 2012 has been cancelled. There will only be one Teston Kite Festival next year, and that will be on the weekend of 11-12 August 2012….