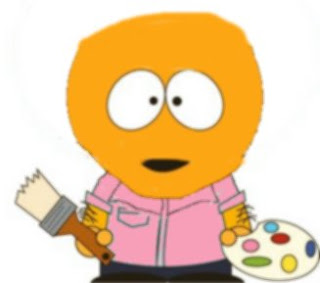 It is a commonly held belief that one shouldn’t believe what one reads, Regular readers of this drivel will understand the veracity of this statement. I was amazed to find out that viewers of Fox News are actually less informed about world events than those who watch no news broadcasts at all. Mind you I am still trying to work out whether this is casting aspersions onto Fox News or their target audience.

I spent a little while fiddling with my business venture this evening. I removed a whole load of hyperlinks that should never have been there in the first place (woops!) and I’ve now added a price list: I wonder if the public were being put off thinking that art is expensive. It certainly isn’t expensive at Badger Original Landscapes. Cheap at twice the price (!) And before long I shell have the option to accept payment by credit cards (via PayPal). All I now need is paying customers. I’ve also tweeted again from the business venture’s twitter account. So far no one is following it, but one day someone might.
I then looked at running an advert for the thing on Facebook. They wanted thirty five quid. Per day!! So I thought better of that.

Seeing how it’s Tuesday, the tribes gathered. This time at Chris’s house. We got there perhaps a bit too early, but gossiped for a while, and then watched an episode of “Being Human”: I’ve only ever seen the first season, but what I’ve seen is good. I understand the Beeb have made three more seasons. I hope someone or other has them on DVD…