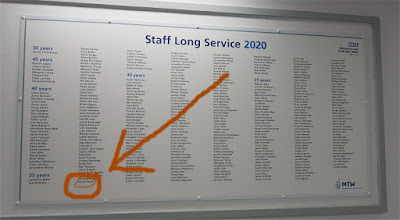 I felt particularly hungry when I got up this morning. But hunger is what weight loss feels like (!) so I’m seeing this as a good thing. I had a bowl of diet granola as I watched an episode of “Uncle” then quickly had a look-see at the Internet. It was pretty much the same as ever. Pretty much nothing at all had happened on Facebook overnight, and there weren’t any Earth-shattering emails in my in-box. The power company had emailed to say my new tariff starts in April. I’ll be intrigued to see how this goes. My smart meter said I’d used one pound and thirty pence worth of leccie and gas by six o’clock this morning (how is this possible), and the direct debit is planning to take twenty quid a month more than the monthly tariff that I agreed to, so it could be interesting. If power bills can be interesting,

Yesterday as I scraped the ice from my car I was accosted by a nutter who loudly announced "Good Morning!!"  at me as though it was some sort of challenge. This morning the same nutter hurried past me oblivious to my presence. What was that all about?

As I drove to work the pundits on the radio were talking about one of many problems with the government's plans for dealing with corona virus. Given the first sign of infection, their advice is to self-isolate for a fortnight. However most employers only give sick pay on a self-certification for five days. The Prime Minister has announced that the duration of sick pay will be extended for the duration of any self-certification. However there are those who see this as a free fortnight off work, and there was talk about how self-quarantining might just become a good skive.
I'd be up for some of that.

There was also talk of yesterday's elections in America to select someone to challenge President Trump later in the year. Presidential hopeful Michael Bloomberg was looking set to drop out of the running having spent about five hundred million dollars (of his own money) on his election campaign. Five hundred million dollars!? I'd like to be able to afford to (effectively) waste that amount of cash.

I got to work and parked up. As I walked in I saw a new notice board had gone up in one of the public areas at the front of the hospital. It had names of the members of staff who had served in the NHS for the longest. I was rather pleased to see my name in the thirty-five years section. Some small recognition was good. That's why I like working where I am now. I know of "other places" where loyalty is rewarded with a knife in the back. Not that I'm bitter...
Just as I was looking at the notice board so my phone beeped. A new geocache had gone live in Kings wood. i was there only the other day. With space for at least thirty more of the things, *one* has appeared.
Oh well... it's one more than anyone else has put out recently.

As I did my bit I found myself thinking about this "Community Celebration Event" that Geo-HQ have given me. I must admit that i would have had a serious sulk if I hadn't been given one, but now that I've got it, I have no idea what I want to do with it. I've basically got to stage some sort of event or activity that is to be two hours long. Ideally it should be free to anyone who wants to join in; a beach party, a summer picnic... But then again we want it to be exclusive to the invited audience. We don't want the public crashing the thing. Perhaps I might hire a village hall somewhere and have a quiz?

"er indoors TM" boiled up a rather good bit of scran. We scoffed it whilst watching “Dogs Behaving (Very) Badly”. I do like that show. Pogo was watching it rather intently too…