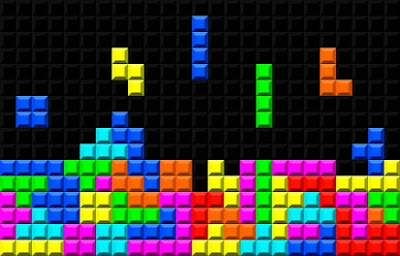 Once I got up and done what you do when you get up I stood on the scales. I’ve lost another pound this week. Not much really, but a couple of late shifts with dinner after ten o’clock didn’t help. And “lost” rather than “gained” is a step in the right direction.
I scoffed a bowl of granola (diet food!) then had a look at the Internet. I saw that because of fears of corona virus, Geocaching HQ have postponed the “Memory Lane souvenir challenge”. I think this might have caused more consternation if anyone actually knew what the “Memory Lane souvenir challenge” actually is.
There was a lot of consternation being expressed on Facebook about how travellers will have to get passports stamped every time they enter the European Union. Those who loudly advocated for Brexit and wanted to “take back control” were seriously upset that Brexit means delays when going on holiday. How can anyone be so stupid that they are complaining about that for which they campaigned?
I wasted an ago struggling to solve a geo-puzzle before asking a friend how he’d solved it… Basically you have to convert letters to numbers with the added complication that (say) the first instance of “B” translated to being “6” you then had to ignore the second instance of “B” for no apparent reason.
The trouble I have with solving puzzles is that having a degree in maths I’m used to thinking logically (can you believe it?). Geo-puzzles are often best solved by listening to the strange voices in your head.

My piss then boiled as I checked my emails. Some chap had been out and walked the series of geocaches I’d hidden near Benenden. Having written “Found OK, thanks for the cache” for twenty-two of his “found it” logs, the chap had the cheek to write “All caches found OK, and a few of them were somewhere near where our GPSrs were pointing” on the twenty-third. I’ve sent the chap a message saying “I see you had some issues with the co-ords of some of my caches – if you could let me know your readings I shall look at amending the formulae”.
It’s a shame that the chap lives a hundred miles away; he’s stuck a few film pots under rocks. I’d like to go find one and be equally petty in what I would have to say about it.

Thinking that the rain had stopped we took the dogs out, the rain hadn’t stopped; we did a quick circuit round the block and came home to dry off. I wasted an hour playing Tetris, then set off to find my car. The first thing I did when I got into my car was to press the de-mister the button just in case it all blew up. I'd prefer that if it was going to explode, it did so with the car at home rather than leaving me stranded miles from anywhere (like it did a week or so ago). Fortunately nothing blew up. In fact nothing happened at all when I pressed the button, which was probably for the best, but with a not-misted window I didn't expect anything to have happened. I shall have to wait for the window to steam up and try it then.
Despite the fix-it man's dire warnings the rear windscreen wiper had survived the ordeal of window replacement for which I was grateful.
As I drove I was conscious that I could see out of the car's rear window. The side mirrors are good, but you can't beat having a rear window rather than a shower curtain.

I drove to Sainsury's to get some petrol. At the moment petrol is the cheapest it has been for ages. I would have thought that the same corona virus panic-buying mentality which has lead to shortages of toilet roll and pasta (and kite line!) might have led to a run on petrol, but apparently not. Yet.

I drove up the motorway because I could. I've been going to work along the A-road recently which made for a much slower journey. The drive was amazingly quiet without a shower curtain noisily flapping about behind me.
I got to work, deployed a Munzee not that far from the works car park, then went into the canteen where I had a very good bit of dinner. However I was rather amazed to find that the same meal which cost four pounds seventy-five pence on Wednesday was only  three pound sixty pence today. I commented on this to the nice lady on the till; she told me I was wrong.

I got on with work on what was a rather busy afternoon. I was rather glad when the relief turned up.
Now to program “Hannah” for tomorrow…