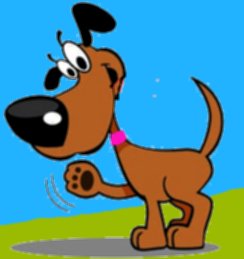 I didn’t have a good night. Treacle was restless and quarrelsome, and a night of snarling and growling wasn’t restful. I gave up any attempt at sleep at five o’clock, and over a bowl of granola watched last week’s episode of “Inside No 9”. Usually a very good show, this one was (sadly) perhaps the weakest one that has ever been done.

I sparked up my lap-top to peer into cyberspace. It would seem my ex-Facebook friend with more money than sense had de-friended more people than just me yesterday. I then left one of the Facebook Munzee groups; an attempt to reason with an idiot was fast descending into petty bickering. I’ve mentioned this before – why is it that when I say “I disagree with you for the following reasons” people respond with “you disagree with me therefore you are a prat”? I’ve wasted too much of my life trying to reason with people who are incapable of reasoned debate.
There wasn’t much else on Facebook this morning other than a colleague’s holiday snaps. A lot of people can be very disparaging about that sort of thing but being a naturally nosey person I love seeing other people’s photos. And these photos left me pondering. Based on my own (admittedly limited) experience, do all Mediterranean hotels have populations of feral cats in residence?

I sent out some birthday wishes, and checked my emails. There was nothing of note. I got dressed - I put on new trousers. Perhaps rather dull, but on a dull day, new trousers was (relatively) exciting.
I walked seemingly half a mile to find my car and drove off to work. As I drove the pundits on the radio were fuelling the fires of panic over corona virus. The crisis is now expected to last for a year or so. Ho hum...
There wasn't much else on the news at all today. The Prime Minister is supposedly going to be addressing the nation on the matter on a daily basis. That will be nice.
Just as I got to work so my phone beeped. I'd driven past a new geocache in Harrietsham. If the geo-feds had done their bit earlier and had I driven up the A-road I might have had a cheeky First to Find. Oh well...

With a few minutes spare I continued my exploration of the estates near work. I had no idea there were so many houses at the back of the hospital. I had a vague idea about moving to one... not that "er indoors TM" would be up for it.

I went in to work for the early shift and did my bit. Work was much as it ever is… but on re-reading that sounds rather negative, doesn’t it? Looking back five years, work nowadays is far better than once it was.
As always, an early start made for an early finish, and an early finish meant that there was a parking space near home.
I came in and saw "er indoors TM" had converted the living room table into a workstation; she’s been sent home from work to work from home for a week. I didn’t disturb here *that* much as I took the dogs out.

We walked round the block, we (the dogs; not me) got fussed by a couple of young girls sitting on the green box at the end of Francis Road. And then we met a toddler. He was fascinated by Fudge and Pogo tiddling up the walls. He and his mother walked with us to the end of Bond Road. They turned right, we turned left… and then the toddler burst into hysterics. He had waved goodbye to the dogs and they hadn’t waved back. He was inconsolable.
His mother and I spent a couple of minutes showing that dogs are physically incapable of waving; their paws lack the necessary articulation (I put that in terms a toddler could understand). I explained that a wag of a tail is a dog’s way of waving, and he seemed rather impressed with that as he went his way and we went ours.

"er indoors TM" boiled up a rather good bit of dinner, then went bowling. I sat in front of the telly with the dogs and slept through the second episode of “Noughts and Crosses”. The SkyPlus box has automatically downloaded the third episode… I don’t think I shall bother with it…