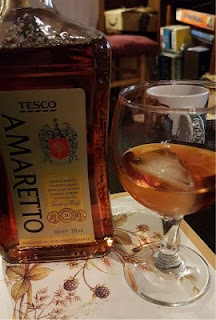 I slept like a log, waking only ten minutes before the alarm was die to go off. Over a bowl of granola I watched an episode of “Uncle” then spent a few minutes peering onto the Internet. But only a few minutes. Absolutely nothing at all had happened overnight. Having sent work-related things to professional Facebook groups and having had a whinge at Munzee HQ I was hoping to have had some response, but nothing…
Perhaps it was too early?

As I drove up the motorway I again drove rather slower than usual, and was rather glad that the window repair held. As I drove the pundits on the radio were still fuelling the flames of national panic over the corona virus outbreak. There is now talk of people self-quarantining for a week after a sneezing fit. I must admit I'm rather confused about the whole corona virus thing.
On the one had we were told that it is a mild form of flu. Serious for those already ill, but a mild inconvenience to most people.
On the other hand Italy is in lock-down and the British government is preparing for Armageddon.
Bearing in mind the death toll for other epidemics
am I being *that* cynical if I make the observation that it is over a week since I heard anything at all in the news about Brexit, and corona virus is a useful smokescreen?

When I got to work I went for a little walk and a crafty deploy (it's a Munzee thing) and then again checked my phone to see if anything had happened on the Internet once people had all woken up. An acquaintance of mine who sells kites was sining the praises of the corona virus. He loves it. As well as people panic-buying toilet rolls it would seem that there is now a national shortage of kite lines (the stuff you use to fly a kite), and he is having to ration his customers. Kite lines and bog-roll... hardly what I would panic-buy.

Work was work, for some inexplicable reason I spent much of the day whistling the theme tune to “Huxley Pig”, but a third consecutive early start made for a third consecutive early finish. I came home. As I walked to the house I listened for sounds of barking (as I always do). I couldn’t hear anything over the noise of new-next-door’s Alsatian which was barking and throwing itself at the front door (from the inside).
I took my three round the block; they seemed to ignore the Alsatian as we went out. We didn’t go far, only round the block but it was far enough to encounter an idiot with a precious princess of a dog.
As I was gathering up Treacle’s dung I heard barking. Rather high-pitched. Some idiot woman was standing ten yards down the pavement with a dog that I can only describe as a rat on a lead. This one was straining at its lead desperate to fight. My three just looked at it; not even Pogo responded. Once I’d bagged up the dog dung I loudly announced “We’ll cross the road, shall we?” and we crossed the road. Idiot woman then came past; clearly she’d been waiting for me to get out of the way. Stupid woman; why didn’t she cross the road to get past?

"er indoors TM" boiled up a particularly good bit of dinner which we scoffed whilst watching “Sandilands”; the latest offering from the UK Gold channel.
It was rather good…