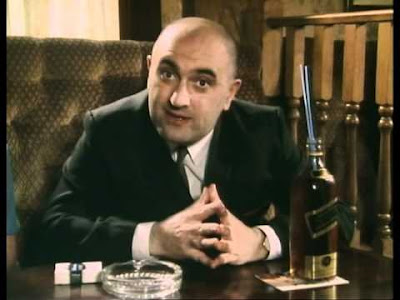 A rather cold night; an alliance of "er indoors TM", Treacle and Pogo monopolised most of the duvet and I shivered.
Over some toast I looked at the Internet. It was much the same as ever. Facebook was filled with rants by people who didn’t understand that about which they were ranting. One of the local fishing pages made me roll my eyes. There was a lot of hatred being spewed about otters in Kent. Apparently they were illegally released in parts of the county and have spread. The “thick element” were advocating taking shotguns to the otters when fishing, and were surprised that the anti-fishing brigade were making a *very* good case for banning fishing in some parts of Kent based on the anti-otter posts on that very Facebook page.
These people are allowed to vote, you know. Sometimes I think it must be wonderful to be stupid.

I set the washing machine and dishwasher going, then took the dogs out for our morning constitutional. The walk went well, and passed off without a single “episode”. We met other dogs, and we all just sniffed each other nicely. We met OrangeHead’s posse and they were civil.
We did get a bit grubby though. Bowen’s Field is a swamp, and parts of the park were rather waterlogged as the river is still very high.

We got home just as the rain was starting. I did the dull laundry thing, and put more in to scrub, then watched an episode of “Uncle”. It was rather good.
I hung out a second batch of laundry, and as the dogs snored I set off to work.

As I drove away from home there was a huge thud as something bounced off the car's windscreen. I *think* it was a rather large bird (possibly a hawk?) I would have stopped, but the car behind was ridiculously close, and there's not really anything I could have done. By the time I could have pulled up, one of the local cats would have already been in like Flynn.
Rather than going to work along up the motorway I took the A-road as I'd heard there were delays on the motorway. As I drove Alexei Sayle was on the radio. Among other things he was ranting about how the British justice system is biased in favour of the prosecution. It is the state which brings cases, and which juror in the case of "The Crown versus Scousie McStabface" is going to go against Her Majesty?
I think he's got a point.

I got to work; I had a very good plate of chicken and chips for dinner, then got on with a rather busy late shift…
Today was dull…