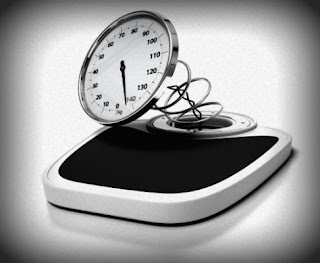 I slept through till nine o’clock this morning. Perhaps I needed it after the exertions of yesterday?
Seeing it was the first of the month I changed my razor blade. All these on-line sites for getting razor blades claim to be so cheap – they are only cheap if you change the blade every five minutes. I reckon I can get six weeks out of a decent razor blade.
I made myself some toast and peered into the Internet. It would seem I wasn’t the only one who was aching after yesterday’s house move.
The Munzee clan war had ended; we’d done rather well at sticking bar codes onto lamp posts, and are staying in “the cup of cocoa” clan. Which I rather good if you like randomly sticking bar codes on to lamp posts.
And it seemed there were all sorts of e-badges available for finding all sorts of geocaches on yesterday’s leap day. I was rather busy yesterday anyway, but it would have been nice to have known about them; I might have got one or two. But more and more this is how the local geocaching scene is going. Five years ago there would be events and outings organised to publicise this sort of thing and to get people involved. Nowadays one person tells everyone else what they have missed after it is all too late to join in.
Such a shame…

Bearing in mind I’m a couple of pounds over my ideal weight (!), the first of the month seemed a good time to re-start a diet. At a shade under seventeen stone it is time to shed the tons. I have these diets from time to time; some more successfully than others. I wonder how this one will go. I don’t like being a porker, but (from a lifetime’s experience) everyone has a diet plan that doesn’t work. For me the only way to lose weight is to be constantly hungry.

We took the dogs up to Kings Wood. Usually this is a good place to take the dogs, but I usually go mid-week. At the weekends all the idiots would seem crawl out of the woodwork. One such twat asked if my dogs were safe, and said that if they weren’t he’d give them a boot. I didn’t actually tell him to get f**ked, but he seriously didn’t understand why anyone would take offence at his attitude. As we parted he wished us a good walk. I wished him that he wouldn’t break a leg on the way back to the car park. I think he could tell I wasn’t sincere.
But other than that we had a relatively good walk. "er indoors TM" had a new game in which all of the dogs start with one hundred points, and each loses a point every time their name is called. Treacle made it all the way round with a clean slate. Pogo lost a few points, and I think it fair to say that Fudge ended up in negative numbers because he straggled so much.
With walk walked we came home. The dogs had the mud washed off of them, and "er indoors TM" boiled up a couple of baguettes before I took myself off to bed for the afternoon.