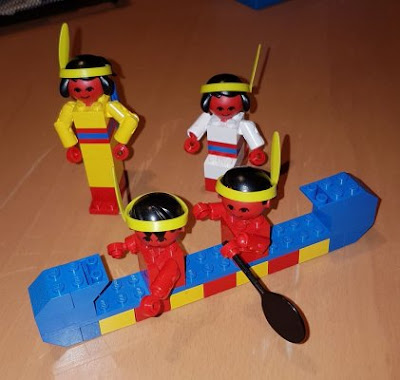 I slept well… I think. I have a vague recollection of "er indoors TM" fighting with the dogs, but it coul have been a dream. Over brekkie (Aldi’s muesli) I watched an episode of the new season of “The Good Place”; perhaps I would have benefitted from having re-watched what had gone before, but it was entertaining enough.

Facebook was rather dull this morning, but admittedly I was up early. There was something of a row kicking off on some of the geocaching pages. There is a very vocal demand that the hobby be suspended in its entirety for the duration of the crisis for fear of disease. People who don’t really know the first thing about microbiology were advocating not leaving the house for fear of corona virus. They seemed to think that it would attack in much the same way that a tiger might do. Yet again there were a *lot* of people showing they don’t know the difference between self-isolation and social distancing. But (as always) trying to talk sense was doomed to failure. Despite having multiple degrees and being educated to a post-graduate level and with thirty-eight years of experience of dealing with human disease on a daily basis, I have been put in my place several times recently by “Karen from Facebook”,
I contented myself with posting a link to a Coursera course that many people would be well advised to take, and left it to others to undertake the utterly futile exercise of trying to talk sense to those who have decided not to listen to reason.

I got dressed taking care not to disturb "er indoors TM", then went out to find my car on a rather cold morning. Colder than I had realised. Seeing the windscreen was rather grubby I squirted the windscreen washers, and the screen rinse froze on the screen.
I spent five minutes scraping it off.

Bearing in mind the Prime Minister had announced that only key workers were allowed to be out and about today, the roads were just as busy this morning as they ever were. Vans bearing the logos of swimming pool suppliers, pumps accessories and all sorts of seemingly unimportant trivia were out and about.
The pundits on the radio were talking about the lock-down. They wheeled on a senior policeman to ask exactly how the police were going to enforce the lockdown. The chap said he had no idea; he said he'd heard the same announcement we'd all heard last night, and that was the extent of his knowledge.
They then interviewed someone from Sports Direct who tried to make a case that selling sporting goods was a vital service in the time of national crisis. They didn't fool anyone.

I got to work, and bearing in mind that most people weren't even allowed out of the house I decided against going to stick out a Munzee. I went straight in to work and did my bit. It wasn't a bad day; we had cake. However we also had a rather foul manure-ish smell permeating the entire hospital. Some local farmer had been muck-spreading. I wish he'd stayed in lock-down.

Bearing in mind we’re allowed to go food shopping, "er indoors TM" sent me a list. I welt to Aldi after work and found it far more controlled than it had been last week. With the exception of toilet roll they had pretty much everything I needed (even if I don’t know the difference between pasta sauce and lasagne sauce)

Coming home down the motorway was odd. This morning had been like any other morning. This evening when coming home the motorway was incredibly quiet. The only time I’ve seen it quieter is on Christmas morning.
I did have orders to get dog food, but in this new world order of lock-down, Pets at Home closed at six o’clock and I was too late.

I came home to see the postman had been. The Lego “Red Indians” set that I’d ordered from eBay had arrived. Originally released over forty years ago this set was never available in the UK. Rather politically incorrect, the “Red Indians” bit is actually the Lego corporation’s official set name, and is in no way racist or pejorative…
Originally both the figures in the canoe had paddles, but over the years one went missing. Such is life…