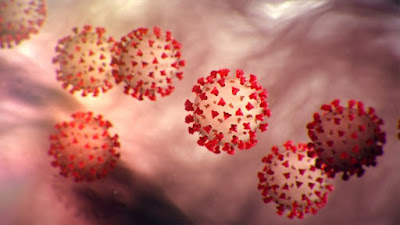 The dogs were settled last night, but I didn’t sleep very well. I woke shortly after two o’clock and dozed fitfully for much of the rest of the night.
I got up at five o’clock, scoffed granola whilst watching an episode of “Uncle” then sparked up the lap-top to have my obligatory peer into cyberspace.
Paranoia, misunderstandings and outright lies about corona virus was still rife. I clicked the “haha” button on several comments that I read on Facebook, and wished there was a “FFS” button. Did you know that some supermarket managers are forbidding the drivers of the delivery lorries from using their toilets for fear of disease? Thousands of the general public can have a tinkle, but not the delivery drivers.

I put on the new shoes that I bought from Go Outdoors a month or so ago. I have no idea why it has taken me so long to try the things out.
I set off to work on a bright morning. As I drove up the motorway one of the head honchos from the local brewery Shepherd Neame was being interviewed on national radio. In view of the government's advice that the general public should avoid pubs, this chap can see his profits going straight down the pan. He was therefore suggesting that the government do away with the need for employers to pay national insurance contributions for the duration of the corona virus pandemic. Bearing in mind how it is common knowledge that Shepherd Neame screw their tenants for every penny they can get,  I thought this rather cheeky.
The pundits on the radio then debunked the myth that pregnant women are especially at risk from corona virus, and also wheeled on an expert who laughed at the rumours that ibuprofen just makes the illness worse. They spent a few moments worrying about the power of social media; at this time of national panic people are believing any old rubbish that is posted on-line.

I got to work with time to spare, and went for a little walk, deploying a Munzee as I went. As I came in to work there was some consternation. Following the government's advice about who is most at risk from corona virus, the little old ladies who run the hospital's league of friends shop have been told to close the shop and go home.
They weren't happy.
I remember the league of friends shop in the hospital where I used to work. The volunteers in that shop used to hate each other; I'd make a point of going there when the shifts changed over. Those starting would go through the till and loudly berate those leaving about how little money they'd taken.

I did my bit at work. At tea break my phone beeped. I'd seen a rather rare and obscure Lego set on eBay yesterday. I wasn't going to pay the price that was being asked for it, but I saw there was a "make a bid" option. I offered between a quarter and a third of what the set was probably worth, and the seller had accepted the offer. Result!

"er indoors TM" boiled up a very good bit of dinner which we scoffed whilst watching last night’s episode of “Celebrity Bake Off”. Once it was scoffed she told me that the stuff had a sell-by date of four years ago. I rather liked it… which is probably for the best. What with the expected shortages to be coming with coronageddon, we don’t dare throw anything out…