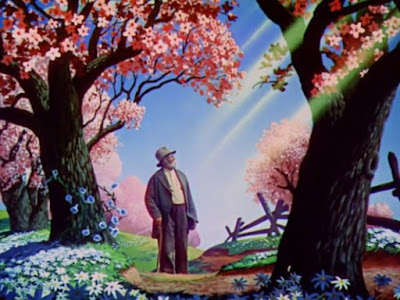 I heard Fudge jump off the bed in the small hours. When I came downstairs at five o’clock he was running in circles by the back door. I let him out and he shot off like a bullet. Had he been desperate for the loo all that time?
I had a bowl of granola and watched an episode of “Uncle”. I could have watched the latest episode of “Star Trek: Picard”, but (to be honest) I couldn’t be bothered. When the show started I watched it as soon as I could over brekkie, and again a day or so later with "er indoors TM". Now that it hasn’t lived up to expectations I watch it when I remember. In many ways the show has become like “Doctor Who”; I watch it out of a sense of duty rather than because I enjoy it. Which is a shame.
And with telly watched I sparked up the lap-top to peer into the Internet. Pretty much nothing had happened overnight which was probably for the best.

I fussed Fudge, then set off to find my car on a cold morning. It seems the further from home that I park my car the day before, the colder the next morning is going to be.
As I drove to work the pundits on the radio were again worrying everyone with the ongoing coronageddon panic. Today the nations’ schools have all closed to all but the children of "key workers". "Key workers" are those who are involved in keeping the nation going, and the definition of "key worker" is rather broad. I'm a "key worker"... I'm not sure if that's a good thing.
There was then a telephone interview with a doctor who was stranded in Peru having gone there on a holiday and found himself unable to leave when the Peruvians closed their borders.  It was rather amazing how they managed to drag "I'm a doctor and I'm stranded in Peru" over such a long period of time which could well have been more constructively used.
There was also talk about how retired medical professionals have been approached to come out of retirement for this period of national panic. This clearly hasn't been thought through. The current advice is that the older members of the population should self-isolate to avoid the virus, and here's the government asking thousands of over-seventies to go get involved with the infected. Go figure...

I got to work and once I'd been for a little Munzee adventure I did my bit. As I do. As I did I spent much of the day whistling "Zippity-Doo-Dah"; having read at tea break that the Disney corporation is withdrawing the 1946 film "Song of the South" in an attempt to retrospectively censor history.

​I came home via Aldi where there wasn’t much left to be bought, and that which was left was being severely rationed; a maximum of four of any given item per customer.
Once home "er indoors TM" boiled up pizza and chips which we scoffed whilst watching yesterday’s episode of “Star Trek: Picard” … as I mentioned earlier it wasn’t that good…