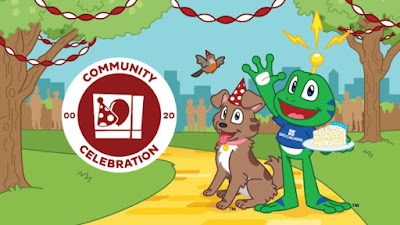 I slept well, but after the night shift I rather thought I might. I watched an episode of "Uncle" whilst scoffing a bowl of granola (diet food), spent rather too long fussing Fudge, then set off.
As I scraped the ice from my car I was accosted by one of the normal people who was walking up the road. This chap made a point of coming up to me and loudly announcing "Good Morning!!". He then stood and stared intently at me as if daring me to return the greeting. I gave him a half-hearted "allright?" and carried on scraping ice. I've better things to do than bandy pleasantries with passing nutters.

I had planned to drive to work via Staplehurst as a new geocache had gone live there yesterday evening, but the FTF brigade had been out overnight. That cache will hopefully form the basis of a little adventure some time in the future when it isn't quite so cold.

As I drove to Pembury the pundits on the radio were talking about the corona virus (so-called) outbreak. There is now talk to fast-track retired-NHS workers (out of retirement) through the registration requirements of the statutory regulatory bodies to get them back into work to deal with the crisis (should it happen). I couldn't help but wonder if anyone has asked the retired if they want to be drafted back into service.
There was also talk of the elections of Presidential hopefuls in America where the front-runners are twenty years older than me.
Am I the only one who doesn't want to work forever?

There was also talk about home security cameras.  Did you know that the unscrupulous can hack into the things and use them to watch what is going on in someone else's house? Some villains are using them to see when people are out so they can go burgling. Others are more imaginative; some footage was played in which some despicable individual was using the camera's speaker to try to groom an eight-year-old girl for his own perverted ends.
A *lot* of air-time was devoted to keeping children safe from this, but no one touched on why anyone would put a video camera into the bedroom of an eight-year-old girl in the first place.

There was a minor delay getting to work; a bus had broken down on the A21. Right in the middle of it. You would have thought that between making an odd noise (with smoke belching out of the engine) and actually grinding to a halt, the driver would have had some opportunity to steer the bus to the side of the road, wouldn't you? But this one was stopped right in the middle of the northbound lane, seemingly deliberately positioned to block everything.

Seeing that today marked the start of the Munzee clan war I thought I might contribute to the team (clan) effort. As a group we have to get a certain number of a specific sort of bar code stuck to a lamp post. My Munzee app said there was one of these in the car park of a hotel I was driving past. My app lied. So I contented myself with sticking a virtual crossbow on the bypass and went in to work and did my thing.
As I do.

And I’ve had an email from geocaching HQ. I’ve been offered the chance to stage a Community Celebration Event. It’s basically a bit like the geo-meet I ran a couple of weeks ago, but on a larger scale. I’m currently thinking beach party some time over the summer…