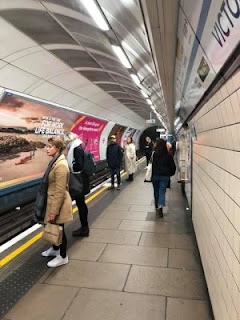 As I scoffed brekkie and peered into the Internet I saw that yesterday had been budget day. It’s amazing what you miss when you don’t pay attention. There was a budget calculator on Facebook; I put in some numbers (the right ones I hope) and it said I will be eight quid a month better off because of the budget. That’s a result.
There was also a lot of doom and gloom about the corona virus… I seem to be rather cynical about the thing. Having given the matter quite a bit of thought I think that my problem is that I’ve been let down before.
It was a matter of common knowledge that the world was going to end on 1 January 1980. I can remember walking round Hastings with my mate Douggie Small the day after. Both of us were at something of a loose end; the world hadn’t ended. Similarly the world didn’t end at the end of the last century. And humanity survived HIV, bird flu, swine flu, the millennium bug, Nibaru, raptures and all sort of other scare stories. For me, corona virus is just the latest in a long line of hype. And our old friend science would seem to agree with me.
I also saw that today was World Kidney Day. Bearing in mind that Fudge has chronic kidney disease I donated to the fundraiser that "er indoors TM" started. If any of my loyal readers feel so inclined, you can donate by clicking here.

I took the dogs out. Again Bowen’s Field was a swamp; the dogs got filthy. As we walked into the park the Jehovah’s Witnesses smiled politely. They always do. It’s odd; the Jehovah’s Witnesses have a reputation of being a right pain in the glass (!) but the bunch at the park are always friendly and aren’t pushy at all. Today one of them remarked on what a bright morning it was, and how it made a nice change. I smiled sweetly and resisted the temptation to comment that if anyone could change the weather it would be their boss.
We walked on; we met Teddy. There is this thing with dog walkers – you don’t know the names of other dog walkers but you know the names of the dogs. Fudge and Pogo tried to hump Teddy, and far from being cross, Teddy’s mummy asked if she could walk with us. We had a good walk; the dogs all played nicely and having a dog play nicely with Pogo is always good. It was a shame that Teddy had to jump into the filthiest ditch he could find, but that’s what dogs do.
Teddy’s mummy said she works in London but had been told to work from home for two weeks for fear of the corona virus. Having just spent out six hundred pounds on a monthly train ticket she was hoping to get a refund.

When we got home I checked Facebook and saw an ex-colleague had posted a photo from Victoria station at half past eight this morning, The place was deserted. I would seem to be in the minority with not taking this corona virus scare seriously.

I put some washing in to scrub, harvested a crop of dog turds from the garden, watched a bit of telly and had a fight with the banking app. I tried to pay Cheryl for the holiday she’d booked last night, but the bank had logged giving money to my own daughter-in-law as a “high risk transaction”. I didn’t dare tell her that.
Eventually I got the money sorted… corona virus outbreak permitting we’re off to Marrakesh. I say “we” – I’ve got a couple of months to arrange dog-sitting. If any of my loyal readers fancy taking on a hound do let me know. I plan to (hopefully) send them all on individual holidays of their own; I can’t imagine anyone taking on all three…

Once the hailstorm finished I set off to work… and that was pretty much it for today. I drove up the A-road to work, parked up, had lunch, did my bit… not a bad day… but rather dull.