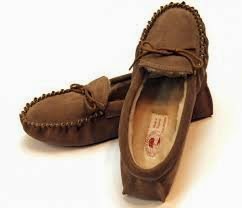 Was it two or three times I was up to the loo in the night? I can live with peeing, but after each trip to the loo the CPAP machine re-sets itself and there is a five minute hiatus whilst the thing trys to inflate me like a balloon whilst it re-sets itself.

Last night I'd spent quite a bit of time listening to our nutty neighbour ranting at his equally nutty wife. I'd heard a rather loud crash which sounded like a lot of crockery being smashed followed by his screeching "You are an evil woman but it is me that will be judged". This morning the row continued. I couldn't hear him this time, but she was shreiking from 6am.
As she wailed like a banshee, "Furry Face TM" helped me with the crusts from my toast. I watched a couple of episodes of "Family Guy" to try to get some space back on the SkyPlus box, and then saw the end of an episode of "Charmed" on the E4 channel. It looked like it has promise. I wonder if I can get it on the catch-up on the SkyPlus box?

I drove to work though the pouring rain. As I drove the pundits on the radio mentioned that the weather was particularly dreadful in the West Country, but was a lot brighter in the South East. Five minutes later the official weather forecaster contradicted that entirely; as did I by looking out the window of my car.

Perhaps more interestingly on the radio was the revelation that the UK is probably going to leave the EU after all. One of the fundamental principles of the entire European concept is that of freedom of movement. The German government has insisted the right of EU nationals to live and work in other member states is sacrosanct. And if there is anything the average Brit doesn't want is thousands of more immigrants that we can't afford to keep stocked up on benefits popuring into Dover. Apparently leading German politicians are reluctantly going on record to say that they will accept Britain's leaving the EU if the British cannot accept this principle.
And to add insult to injury, having dumped Britain with a multi-billion pounds windfall bill, the EU now wants interest payments on money as yet unpaid.
I predict....
...Britain *will* leave the EU in a few years over this issue. But in the meantime we will pay every penny of this bill that has the masses up in arms. And we will also be flooded with thousands of such immigrants that the average Brit does not want. And furthermore not a single one of these immigrants will go home once Britain has left the EU.

I stopped off at Morrisons to get some fruit to add to my lunch. I also bought some new slippers; I can't turn up at the hospital tomorrow in the skanky old things I've been using for the last three years (much as I like them). I texted "er indoors TM" to tell her she didn't need to get me any new slippers (when shopping) as I'd already got them myself. Or so I thought. I actually texted her the message "git slippers". Obviously this was intended to be read as "got slippers", but it was in fact read as "get slippers", so "er indoors TM" went shopping as well... If any of my loyal readers want a pair of slippers...

I then got back into the car, went to add my fruit to my lunch box, found I'd left it at home, and so went back into Morrisons to get some lunch.

Work went reasonably well; the rain subsided at lunch time to allow me a quick practice on my saxophone. "Hello Dolly" is now a lot less like "Hello Sailor" than ever it was, and "da-da-da- da da da-da" is coming along nicely. I wonder if I'll get much chance to tootle over the next day or so?

I came home and found "Furry Face TM" to be particularly excitable. Jumping and throwing himself into the air it really does look as though his back is a whole lot better. We had a quick walk round the block where he put to rest any suspicions that he might be less than one hundred per cent by picking several fights with passng cats, dogs and mopeds.

And then with "er indoors TM" off bowling I fell asleep in front of a succession of various TV shows. I *hate* that. Let's hope tomorrow's surgery sorts that out...