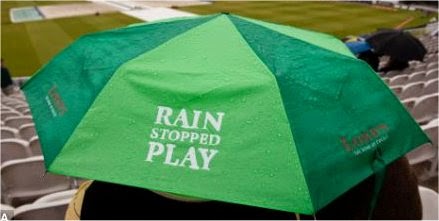 I woke at 2am and went for a tiddle. If I had I then put the CPAP thingy back on I might well have slept better. But I couldn't be bothered to do so, and so didn't really sleep for the rest of the night. Perhaps I should have put the CPAP thingy back on?
I got up shortly before 7am, shared my toast with "Furry Face TM", and as "er indoors TM" set off to a meeting of the southern branch of the Natioanal Union of Candlemongers I took my dog round to the park for a walk. As we went he shouted at a paper boy and tried to pick a fight with a Great Dane.

Once home I had some time to spare, so I did the monthly accounts. I wouldn't say I'm bankrupt, but I do need to stop squandering. One extra month's money would be rather nice. I then drove round to collect Kim and Andy and we set off to Meopham. We'd planned a geo-mission for today, and Dave had driven up from Brighton to join us.
We met up in torrential rain, and decided that perhaps we might adjourn to the cafe. So we did. A coffee and a bacon sarnie went down well as we chatted. But after an hour the rain hadn't abated. And the cafe was on low ground. We couldn't see the hilltops where we'd intended to walk from where we were. The low cloud/misty fog would have had us soaked so we decided to postpone; after all we got soaked last week when we might have abandoned.
It was a shame we had to cancel the walk, but it was really good to meet up with Dave, and we can always walk another time. Mind you it was rather frustrating to find the weather was completely at odds with what the BBC had forecast, and was nothing like the dry conditions it was claiming was actually happening.

Andy suggested going for lunch, but I was pleasently replete from the bacon sarnie. And I've been eating out a little too much lately as my waistline testifies. So I came home, fussed my dog, and did more of my on-line course. I got ninety per cent in the test too. I was pleased about that; much better than the last one.
I started sax practice, and was immediately confronted with a howling dog. Fudge found himself banished to the garden for twenty minutes whilst I tootled. I did plan on popping down to Folkestone to see the littlun (and "Daddies Little Angel TM" as well) but a terrible night's sleep meant I fell asleep instead.

The idea of the recent surgery was to sort out this stupid sleep pattern...