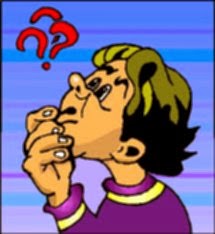 I would have had a decent night’s sleep had the alarm of the car outside not been going off with annoying regularity all night long. I got up shortly after 7.30am to find a very wet morning outside. I got up, I stretched, inadvertently punched the light fitting, and so drove round to B&Q to get some new light bulbs.
The staff in B&Q didn’t actually say “get knotted baldy”, but they might as well have done. The next time I need light bulbs (or absolutely anything at all) I shall go somewhere else.

I came home, installed light bulbs, and I then pootled about on the Internet for an hour or so until the worst of the rain passed. By then “Furry Face TM “ was going stir-crazy so I took him round the block. We popped into the pet shop whilst passing; I had thought he’d got out of the habit of sitting in the vets area. He certainly knew where the dog treats were kept.

Home again, I put the finishing touches to my latest Wheri-project, took it for a little test and found three problems with it. Correcting those problems took minutes, and I then did the Wheri-admin for the thing. Over lunch I set to some geo-puzzles; I’ve the chance of going for a little geo-stroll on my next rostered day off… if only I solve sixty puzzles first. That kept me constructively out of mischief till after 4pm.

As I puzzled I saw through Facebook that the astro-committee were scoffing themselves silly at the Brookfield café. I knew that there was an outreach event this evening. I’d cried off from that; not wanting to get a cold running nose (for obvious reasons) but no one had told me that a mid-day scoff was on the cards. I sulked for a while before embarking on yet another wheri-project that kept me busy for much of the rest of the afternoon and evening.

I did pause for a while; I popped to the Hong Kong Kitchen to get a special curry and chips which I devoured whilst watching “Age of Tomorrow” which I’d recorded on the SkyPlus box a day or so ago. I turned it off half way through; it was crap.
I’ve found a lot of films like that recently…