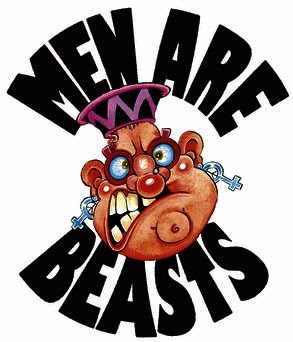 I looked at the clock at 7am this morning and was rather amazed that I didn't feel as miserable about having to go back to work today as I have been in years gone by.
I got up, had brekkie and checked out the Internet. After yesterday's political arguments there was very little of note this morning.

I took "Furry Face TM" for his morning constitutional round the park. It was a bright morning; and for all that it was cold I did see that many of the trees now have leaf buds on them. Spring is on the way.
As we walked my dog terrified several dogs ten times his size, then ran in terror from a rather soppy-looking poodle.

We came home; I thought about going on a geo-mission to Elham, but changed my mind. Instead I set off directly to Canterbury. As I drove the radio was playing "Women's Hour" with it's usual brand of man-hating tirades. I would have thought that in this brave new world of equal opportunities "Women's Hour" would have been a thing of the past.
This morning the opinionated harridans were shrieking about political inequality in Northern Ireland. Apparently life is not fair for women in Ireland because the women there vote for the politicians they want to vote for. Would you believe that in this day and age the average Irishwoman votes for the politician who advocates the policies she supports?
The squawking harpies felt this was wrong. Irishwomen should vote for other Irishwomen for two reasons. Firstly because they are all women, and secondly because they are not men.

I was glad to get to Morrisons. As well as some fruit and jam I also got myself a CD. "Number Ones of the Seventies" was something I'd seen advertised and it made for far better listening than "Women's Hour" did.
I got to work rather earlier than I could have, and I stayed in the car park for half an hour practising on my saxophone. I gave up when my music stand got blown over for the umpteenth time. I then went in and did some work. Only some; not too much.
I had another sax practice at lunch time. The wind had backed off somewhat. "Star Trek" is coming on nicely. The theme to Blackadder has too many sharps for its own good.
I hate sharps and flats. Why do we have eight note and then allow some (but not all) to have sharps and flats (which are effectively different notes)? Why not have fourteen (or fifteen) notes from A to L or M and be done with it?

I don't know who it was who came up with the way music is written down, but I think they could have done a much better job of it. Interestingly a little research came up with the name Boethius who (although he was probably working on existing musical scores) allegedly assigned letters to two octaves' worth of tones some time around 500 AD.
The fact that this chap was later executed for treason is completely unrelated...