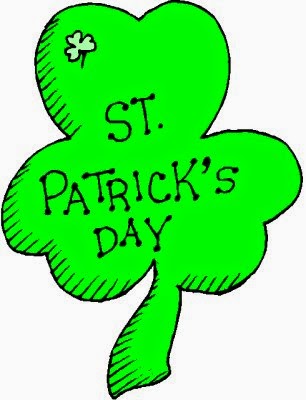 I've found that the simple act of pulling the duvet up over my head helps me sleep longer. I didn't stir until 7.30am this morning. I came down to find "Furry Face TM" was still in his basket fast asleep; completely oblivious to the cat which was sitting on the window sill.

My piss boiled somewhat as I looked at social media over brekkie. Last week people who've never heard of the show "Top Gear" or ever read anything written by it's presenter were swearing undying loyalty to Jeremy Clarkson. At the weekend people who've never heard of the Great A'Tuin were distraught over the death of Terry Pratchett.
This morning (St Patrick's Day) seemed to be "pretend you are Irish" day; with people who've never been closer to Dublin than Clackett Lane making out that they love the Emerald Isle. Bearing in mind you can't get further from Ireland than Kent and still be in the UK, why do people feel they have to jump on bandwagons?

I took my dog for a walk. We went out through the park and went along some roads we rarely visit to get to Park Farm. I'd had a report that one of my geocaches had gone missing. Someone had reported "There was nothing here. If it was magnetic an where I think it should be it is now gone I'm afraid". I walked a mile (and a bit) to find there actually was something there. However it wasn't magnetic "an" I'm pretty sure the non-finder had the wrong place in mind.
Mind you for all that I'm being just the teensiest bit sarcastic I'm glad when people log that they couldn't find something. If nothing else it gives me a target for a dog walk.

We carried on into Park Farm where we met an old twat. Fudge went up to his dog and sniffed. Twat's dog sniffed Fudge. Dogs do that. Twat went hysterical, and started swatting and kicking at my dog. Apparently no one and no thing should ever get within twenty yards of this twat's dog; the fact that the footpath was only five yards wide was my problem and not his.
I politely suggested that I would not try to pick a physical fight with someone twenty-five years younger than myself, and even more politely explained the potential consequences of his attempting to harm my dog. I explained just how lucky he was that he'd not actually made contact with any of his attempted blows, and I walked away. It took a good twenty minutes for my piss to stop boiling.
What would I have done if he had actually kicked my dog? I think I really would have punched his lights out. Did I ever mention that I never wanted a dog...

We came home via Pets at Home. We sat in the vets waiting area for a few minutes so's "Furry Face TM" could get used to the place. We do this at least twice every week. He's fine with the place *when* he's not got to see the vet. When he has an appointment I have to drag or carry him in. How does he know?
Whilst we were there I got him a bag of Baker's Weight Control food. Vet says he's overweight... despite our best efforts of reducing his food intake and going on walks that would kill a lesser dog he's still not losing any weight. The nice lady in Pets at Home told us that the dried foods (like the stuff he's been having) are full of sugar. That would explain a lot...

I came home and saxed for a bit. And after banishing a howling dog to the garden I saxed some more. I then got a zinger burrito from the KFC for lunch. Not too shabby at all (as "My Boy TM" would say) and scoffed it whilst watching the new series on Channel 4. The first episode of "Raised by Wolves" was quite amusing. I hope it continues in that way.
I then spent the afternoon solving geo-puzzles; I've solved two series of the things now in readiness for an upcoming jolly to Brighton whilst my dog slept.

This eveningg the clans gathered in darkest Willesborough where I stayed awake for an episode of "The Flash" (Zoom Zoom). It's quite entertaining, but we're up to episode ten and nothing's actually happened...