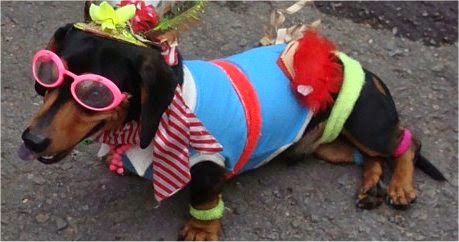 Another restless night; as I lay awake at 6am I had a sudden realisation that I sleep better in the afternoons before a night shift than I do at night. Was that because then I pull the duvet up over my head? I tried an experiment and was absoultely out like a light when a text message and a Facebook message both from "er indoors TM" woke me. All is well in Southampton. (Not so in Beaver Road, but I didn't let on)
By then it was getting on for 8am so I got up and had some brekkie.
After yesterday's memory lapse "Furry Face TM" was looking at my toast with a hopeful expression. But no toast for him today. As I selfishly had all of my toast myself I had a look on social media.

Following the publication of the formal investigation into his conduct, those who were rather nasty to anyone who dared to say anything bad about Jeremy Clarkson over the last few days and weeks are now realising that the man isn't a saint. It now turns out that Clarkson *did* assault someone because he couldn't have steak and chips for his tea.
However there is still a groundswell of opinion in favour of letting him continue producing his TV show "Top Gear". It would seem that to many that Jeremy Clarkson is a "colourful character" and "a bit of a lad" and giving out slaps is what those sorts of people do. And furthermore ignoring and forgetting the fact that he's assaulted someone is a fair price to pay for the continuance of a favourite TV show. Apparently.

With a little time on my hands I took "Furry Face TM" for a walk. We met OrangeHead's chunky little friend and her spherical dog. Chunky little friend had the nerve to greet Fudge with "Hello Porky".
We then had a minor altercation. Yesterday "Furry Face TM" expressed his physical love for a small boy poodle. This morning we met a larger boy poodle, and my dog again thought he would "brandish his lipstick". However this poodle definately did not "bake a moist sponge"; neither was he "good with colours." Said poodle made his disinterest crystal clear. Fudge soon ran away leaving me to sort it all out. It's rather embarrassing having to apologise for your dog's failed amorous advances.
Shortly after that we met OrangeHead who was polite and civil. OrangeHead and her gang make me chuckle. When you meet any of them individually they are polite, courteous; even friendly. When you meet them together they are like a playground gang and make a point of blanking you.

We came home; and then I settle my dog and I went off to the late shift. As I drove to work this morning I listened to "Women's Hour" (as it was on the radio). Sometimes this show is interesting and informative; other times it is little more than a platform from which men-hating harridans spew their bitter vitriol. Today wasn't a good day. Today's misandrists were particularly vicious. I don't know why the BBC puts up with them; I suppose that (unlike others I have mentioned) they haven't actually physically assaulted anyone yet.
There was also an interview with a spokesman of "Dark Justice". This bunch are a load of vigilantes who have decided to clear the streets of paedophiles but don't feel that they should be bound by such legal red tape as evidence or proof. It was rather worrying to hear their chap ranting on the radio. Clearly not over-burdened with brains this fellow felt that his deciding that some innocent was a paedo was enough to start hounding that person.

Before getting to work I discovered that there is a branch of "Go Outdoors" in Canterbury. Being an outdoors sort of person I thought I'd have a look-see. There's no denying they have an extensive range of stuff. But if I ever need to buy anything I will be sure to check their prices carefully. Some things were reasonably priced; others vastly over-inflated. I'm not paying over a hundred quid for a pair of trousers that I can get for fifteen quid in Matalan. The designer label isn't worth that much to me; but I'm sure there are those who will pay for it.

I got to work; I did my bit. At lunch time I blew my sax. It's coming on reasonably well. For all that I'd rather work weekends or nights, working day shifts does give me that lunch break which lends itself to saxophone practice.

And with my bit done I came home. In the dark. I hadn't realised how much longer the days have got lately.
As I drove home I wondered what I would have for tea. The decision hinged entirely on where I parked. If it was up the road from home it would be either KFC or kebab; if down the road it would be curry and chips.
In the end it was a pulled chicken burrito. It was a disappointment...