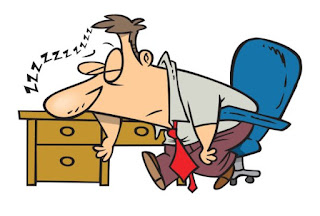 After one of the busiest night shifts I’ve had for a long time I came home. As I drove the pundits on the radio were talking about the government’s frankly ridiculous proclamation.  We can have loads of kids in a classroom. I can continue to work in close proximity with up to thirty other people. We can all travel on crowded trains and buses and even airplanes with hundreds of people breathing the same recycled air. We can go down the pub or to the supermarkets with the Great Unwashed. And eating out at restaurants is not only fine but is our patriotic duty.

However having seven family members or friends in the same house is far too dangerous. Go figure. The Health Secretary was on the radio who failed to make any sense of the obvious mixed messages here. He also failed to make any sense out of the Government’s apparent threats (or promises) to go against international law with the Brexit arrangements. However in that instance the chap really is stuck. The Brexit agreements mean there must be a border between North and South in Ireland. The Irish peace agreements mean that there must not. The two are mutually exclusive. Did no one see this coming?

I got home, and went straight to bed. I slept for a couple of hours, had a late brekkie then took the dogs down to the wood where we carried on doing our whistle training. It seems to be working in that the dogs have learned to come back when I blow the whistle. Mind you so far they have returned when there isn’t anything else more interesting going on I need there to be something happening from which I can distract them. I wonder if any pheasants or squirrels might volunteer?

With dogs walked I then ironed through three episodes of “Away”. Bearing in mind that it is a sci-fi show you would have thought that the writers might have got a science advisor involved, or at the very least done the teensiest bit of research, wouldn’t you?

I then spent a little while carrying on with the puzzles of the new geo-series that went live yesterday. Many of the puzzles feature jigsaw puzzles of prominent local hunters of Tupperware. It is interesting that a lot of those that I might describe as “The Old Guard” don’t feature, and there are a couple of faces I don’t recognise at all. But me, "er indoors TM" and our wolf pack are all there.

"er indoors TM" has gone to deliver parcels to "Daddy’s Little Angel TM" and then it is dinner time. I hope I stay awake…