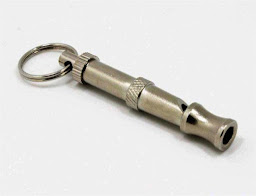 Sid spent another night in the cage facing onto a lino-ed floor, and again he’d not done “anything” overnight. "er indoors TM" had taken him to the groomer for claw clipping yesterday, and although still a bit wobbly he did seem better on his legs this morning than he did yesterday. Poor old boy.

I made toast, and peered into the Internet. A friend had been on a climbing wall yesterday and had posted photos to Facebook. It looked fun. Another friend was posting soppy twee memes. It rather boils my piss that people who post to social media about “when life gives you lemons…” have generally had nothing but gold-plated roses handed to them by life. Life is like that though. I’ve had my ups and downs, but nothing compared to the hardships some people have faced whilst others seem to lead charmed lives.

Facebook also told me about three friends having birthdays today. “Friends” being “Facebook Friends”. I sent birthday wishes to the one I still see regularly, but didn’t to the ones who have made no effort to contact me in years. Was that petty of me?

I took three of the dogs down to Orlestone Woods where we had a little walk. As we went I tried “whistle training”. What with Treacle having had a pheasant at the weekend and the other two being less than keen to return when called I thought I might work on recall. The idea is that as we walk I blow a whistle and give the dogs a treat. They come to associate the whistle with getting a treat and come to me when I blow the whistle. Eventually we dispense with the treats and they just come back to the sound of the whistle. Or that’s the theory.

Fudge was good at this in years gone by and he quickly remembered.

Pogo sort-of got the idea, but since food was involved he was reluctant to leave my side.

And Treacle was utterly oblivious to what was going on anyway.

We came home; as I was deploying a Munzee my phone rang. The nice people at the Public Rights of Way were investigating my complaint of having been kicked by a horse. They claimed that I had given them the wrong location, and in any event the chap on the phone claimed to know the farmer in question and this chap has very nice horses(!) I deployed my Munzee and sent them a detailed map of where it happened, but my hopes of their doing anything aren’t high. The chap at the PROW office didn’t actually call me a liar, but it was clear he didn’t believe what I had told him.

I spent a little while painting the fence. I can distinctly remember painting a fence in years gone by when (on average) it took me an hour and a quarter to paint one fence panel. I got two and a half panels painted in an hour and a half today. Go me.

Having got all the new fence in the same colour I stopped garden work. The next job is to rebuild the water feature for which I bought a new bowl the other week, shift all the concrete cores up to beyond the pond to make a rockery, make a cover for the pond filter, and plant the monkey-puzzle tree. But that will all keep to another day.

Over a sandwich I watched the first half of the first episode of “Away”. Set in the near future, the show follows an American astronaut who leaves her husband and teenage daughter behind in order to command an international space crew embarking upon a three year-long mission to Mars. As I have always said, sci-fi works if you have believable characters. Having a commander who would much rather be staying at home with the family just doesn’t ring true. Especially when her husband has a known medical condition which means he is less likely to survive three years than she is (and she’s going to Mars). And having the crew squabbling and arguing when they are going to be cooped up together for three years?

I shall give the show a try before giving up, but my hopes aren’t high.

I took myself off to bed and slept for a couple of hours until "er indoors TM" came home. She came home as quiet as a mouse, but the dogs did herald her arrival somewhat.

I then spent a little while working on geo-puzzles. A friend has created a series of geocaches a few miles to the east. To find where they are there are two separate puzzles to be solved; one for the northings and one for the eastings. Each pair of puzzles takes about ten minutes to solve, so to solve the lot will take me a shade over eleven hours. I suspect I will be trading answers with friends before long… stranger things have happened.

Soon be dinner time – then off to the night shift.