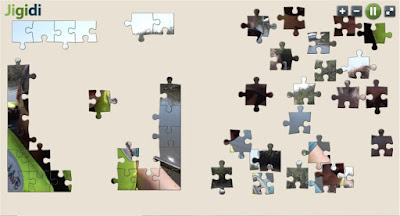 I slept well despite a rather odd dream in which I’d exchanged my car for a frankly crap moped (which had a top speed slower than walking pace).

I came downstairs and helped Sid into the garden where he did his thing(s), then I peered into the Internet as I scoffed brekkie. A friend was posting to Facebook asking people to share something about having cancer being OK as it is God’s will, and God loves you even though he allowed you to have cancer. It didn’t make a lot of sense, but then religious stuff rarely does. I gave up on religion in the mid-1980s when I realised that pretty much any concept of a caring God needs far too many excuses.

We took the dogs down to the woods for a little walk. We all seem to like the woods, and we get to walk around without being bothered by the normal people. We did some whistle training. Pogo has certainly got the hang of it. Treacle is picking it up, but Fudge seems to have lost interest, He really does seem to have a “been there, done that” attitude to it.

With walk walked I spent ten minutes in the garden moving the boulders (which will form the rockery) from one end of the garden to the other. I moved all but the heaviest four; I’ve sent for "My Boy TM" to help with the lifting, but I can’t see him being very keen. I could have carried on in the garden, but having had a bad back for much of last week I was very reluctant to set it off again, so I stopped there.

I got us pastries from the corner shop and I scoffed mine whilst writing up some CPD. Whilst it is a legal requirement that all HCPC registered people must continue their ongoing education, sometimes I wonder if anyone else makes quite as much effort to do so as I do. Still, if nothing else, when the assessors ask me for evidence, I’ve got plenty.
I spent half an hour solving geo-jigsaw puzzles. I’ve now done a third of them, and then got ready for work.

The journey to work was rather problematical today.

As I drove out of Biddenden along the A262 there was a cyclist in the road ahead of me. Cycling for all he was worth the chap was red in the face and probably managing to get up to fifteen miles per hour. Dressed as a fugitive from the Tour de France, this idiot was cycling along the white line in the middle of the road, and he was determined that I wouldn't pass him. He kept glancing back at me, and swerving across into the oncoming lane to be sure I stayed behind him. Eventually as the road widened I managed to pass. As I looked in my rear view mirror I saw he was giving some rather unfriendly hand gestures.  I wonder what his problem was? I expect he has had a run-in with some other car driver. Most cyclists are (probably) OK, but there are definitely some who seem determined to provoke confrontation with every car driver they meet.

As I got to Goudhurst I saw the traffic was queued back. A passer-by told me that yet another juggernaut had ignored all the signs about the road being unsuitable for long vehicles and had got itself stuck fast at the chicane by the church. Fortunately I was able to take the back lanes to avoid the lorry. Unfortunately everyone else had the same idea. It only added ten minutes to my trip.

Pausing only briefly for a point of interest and a virtual sapphire (its a Munzee thing) I was soon at work and (apart from an owl crapping on the windscreen on the way home) my day was effectively over by the early afternoon. Again.