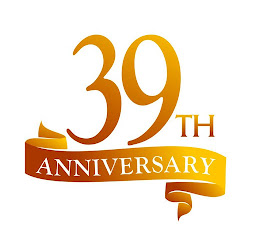 I watched half of an episode of “Away” as I scoffed a bowl of granola, polished my walking boots then had a quick look at the Internet. Despite having had a weekend, not many people seemed to have done much with it as hardly anyone had posted up very much. In fact all that seemed to have happened overnight on-line was an argument about the price of Lego minfigures.

I had a look at my emails. Overnight I’d had over two hundred logs on geocaches I’d hidden. This many is too many to read, so I just skimmed through looking for logs on the first and/or last of the series of caches I’ve hidden looking for one specific thing. I saw the phrase I was looking for: “All caches found”. That’s all I need to know.

I set off to work via the petrol station. Getting petrol passed off without incident for which I was very happy. "er indoors TM" claims I have an "idiot magnet" and perhaps she has a point; I do tend to attract them as I go about. But today's refuelling passed off quietly. Mind you I did have a chuckle at all the signs in the petrol station demanding that customers must wear face coverings when not a single member of their staff was doing so.

Narrowly avoiding being run off the road by a foreign lorry driver I headed westwards along the motorway to work.

As I drove the Minister For Anal Loquation (look it up!) was being interviewed on the radio. This morning a law came into force by which seven people can go to a classroom or play a sport together. They can sit in the same pub or cinema, but if they all go round to one of their houses for a cuppa then they are all liable for a fine of a hundred quid. The minister completely failed to explain the reasoning behind this stupid idea but did go on to say that councils will be sending out COVID enforcement teams to make sure the law is obeyed. These teams would supplement the police efforts to enforce the prevention of social gatherings, but he totally failed to explain who would be paying for them. It wasn't denied that rather than having paid officials, interfering busybodies might be encouraged to volunteer to squeal up their neighbours.

There was also consternation being expressed about how some British computer firm was being sold to an American firm.

The government weren't keen on the idea and were planning to block the sale. I must admit I don't understand how that would work. Certainly the government can have a say in what goes on in a nationalised business, but it has been government policy (of all parties for years) to sell off all commercial concerns, and part of selling something (or not owning it in the first place) is not having any say in the running of that something.

I got to work and did my bit.... but my heart wasn’t in it. Don’t get me wrong – I am now working in a place where I am appreciated, and I don’t dislike my job at all. But today marked exactly thirty-nine years since I first started testing blood. It hasn’t been a bad old life really but my biggest gripe is that thirty-nine years ago today I was sold a pension. I have paid for it with a not insubstantial amount of my wages every month since September 1981 and the agreement was that after forty years I could retire and take that pension. Or I could retire earlier and take a reduced pension. My plan was that I would have retired by now. But “they” changed the rules so that I couldn’t get the pension until I am sixty years old. And then “they” changed the rules again so that I can only get *some* of the pension when I am sixty years old, with the rest coming at state retirement age.

Having been paying good money for years on the understanding that I would have long been retired by now, I’ve now got to wait for (at least) ten more years for that pension. It’s not unlike buying a bag of crisps from the corner shop, walking down the road scoffing them, and then having the shopkeeper chasing after you saying he’s just put the price up.

I think pretty much everyone is sick of hearing this rant…