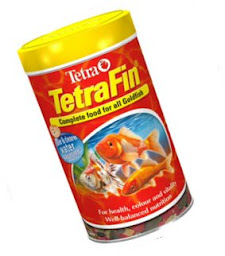 A combination of being post night shift and a bottle of red wine meant that I slept like a log last night. I came downstairs and chivvied Sid into the garden where he did his tiddle, and I helped him over the back door step where he did his poop. I say “did his poop”; he didn’t so much “do” it as it sort of plopped out. I don’t think he has that much control down there any more. Poor thing.

I made some toast and peered into the Internet. People were raging about the government’s latest restrictions on civil liberties. Basically it is OK for me to work in close proximity with thirty people all day long, but if I invite half a dozen of them home for a pint after work that is unsafe and I risk a fine of a hundred quid. What *really* made my piss boil though was that intelligent people were looking for sense and reason in these latest restrictions. There is no sense and reason in pretty much anything that any government (of any political persuasion) does. There never has been.

I checked my emails. There were none of note. Someone called “Cory Doctorow” (!) thought I might like to give him/her/it money for their kickstarter campaign. “Cory Doctorow” was sadly mistaken.

We took the dogs down to the woods where we had a vindication of whistle training. Fudge tried to play “dog piggy backs” on a passing pup and Pogo kicked off twice as Treacle became ridiculously terrified of totally innocent passers-by. Each time the potential “episode” was nipped in the bud as I gave three blasts on the whistle, and the dogs abandoned their mayhem and obediently ran to me and sat.

Once home I spent ten minutes fixing the water feature that I’d had to disassemble to get the fence painted. Once assembled it didn’t work. It didn’t take long to find that the pump’s control had been dialled down to the lowest setting. I’m thinking "Stormageddon - Bringer of Destruction TM" might well have been meddling, but I have been chastised for casting aspersions onto the innocent little darling (!)

I drove round to Pets at Home for goldfish food and some small dog treats. That is the treats were small; not the dogs. Well, I know my dogs are small, but I wanted small treats as the hounds scoff quite enough already. This whistle training is certainly getting through the goodies.

I then had what was realistically a rather unnecessary journey. A while ago I hid a series of geocaches in a wood on the way to Pembury. One of them had gone missing. Over the last few weeks several people had noticed it was missing and just added to the "did not find" reports. Were it me finding (or not finding) such a missing geocache I would have contacted the person who hid it and asked if they'd like me to replace it for them.  In fact I do this quite regularly. I wish more people would. Everyone wants to go hunting Tupperware; very few actually go hiding the stuff, and even fewer think to assist in keeping the game going.

Admittedly the rules do say that it is up to the hider to sort any maintenance issues, but someone who would be walking the woods anyway could do in twenty seconds what took me on something of a diversion from my usual trip to work and then on three quarters of an hour's walk this morning. It is always the caches which are over half a mile from the nearest road which go missing.

I got to work, and as is always the case when on the late shift the day was effectively over by the time I'd scoffed lunch…
Posted by Manky Badger at 10:57 pm