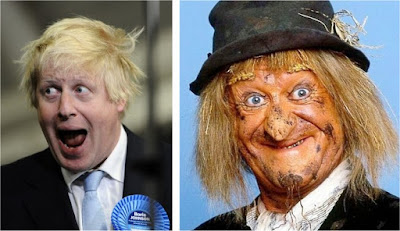 Again I slept for nine hours; a combination of the aftermath of a night shift and still feeling under the weather. I was eventually woken by Treacle’s whimpering in her sleep. Don’t believe anyone who says that dogs don’t dream; they certainly do.
I got up and shared toast crusts with Fudge whilst I peered into the Internet. There wasn’t much to see this morning, but I did see that one of the better local pubs, The Honest Miller in Brook has closed down. Such a shame. Mind you it closes down every year and is taken over by new owners who can’t make a go of it. Perhaps the place has finally had its day?

I got out a mop and bucket. Yesterday I’d inadvertently parked my car under a tree. This morning I swabbed off quite a lot of bird dung. Mind you the car was filthy and it needed a scrub anyway.
We then took the dogs round the park for a walk. As we went we had a couple of episodes. Pogo got seriously told off by a poodle; the little old lady with the poodle was rather upset. I told her not to worry. I can’t help but feel that if more dogs told Pogo off then he’d be a little more socialised. As it is when he gets iffy people tend to chivvy their dogs away and he gets all cocky. If he gets a dog shouting back at him he seems to back down. Like most bullies do.
We also met Brian and Rachel as we walked, and we also finally went and found that geocache round the back of the park. It has been there for a month or so, and we went to get it today. For all that scanning barcodes is the craze at the moment, there is always a place for looking for film pots under rocks.

"er indoors TM" boiled up some soup which we scoffed with home-made bread then…Today was one of those days on which I could have done so much. I’d had an invitation to go on a rather serious pub crawl round the Medway towns. I could have rallied the troops and gone to Dover Beer Festival.I could have made a bit of an effort and gone to the sci-fi event in Southampton (they used to be fun – sadly rather commercial these days).
Instead I went to work.

As I drove to work the pundits on the radio were saaying that most of the photos we now see of the Prime Minister are from Downing Street's official photographer (paid for by the tax payer) rather than from press photographers. It was claimed that Minister is being a bit more selective about his involvement with the press. I suppose that allowing the press total freedom does allow them to catch the Prime Minister in his unguarded moments, but I can't help but feel that if he doesn't want to be portrayed as a bumbling incompetent who looks as though he has been dragged through a hedge, then he shouldn't act as one, and should smarten himself up a bit.

Pausing only briefly to stick bar codes onto lamp posts I was soon at work and in the canteen for dinner where I had a rather good bit of chicken in cream sauce, then cracked on with the late shift. Given the choice I'd rather do an early shift that a late; I can't help but wonder why I never thought to swap.
I came in to the department and was surprised to see someone different to who I was expecting. The person who was originally on the early shift *had* swapped. Having been given two months' notice from her landlord, she, her husband and three children have got to pack up and move.
A friend once told me that he'd never want to own his own house as he doesn't want the worry of sorting the problems that go with owning a house. However when you own your house you never find yourself evicted at short notice.

I got on with my work and sulked. As I worked I could see a very bright day outside. I don't mind working at the weekends when it is pouring hard, but when it isn't I have a definite sense of missing out.
I hear the weather forecast for tomorrow is terrible…