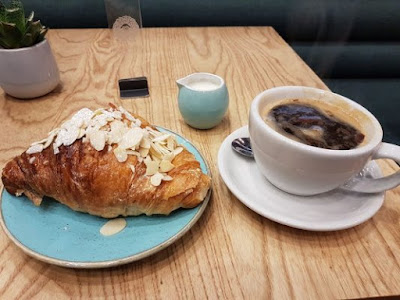 I had something of an early night only to be woken by one or other of the dogs stomping about the bed shortly after midnight. Treacle had a howling session at three o’clock, and at four o’clock we all wanted the toilet.

By the time seven o’clock came I gave up trying to sleep and took them round the park for an early walk; the idea being that an early start meant we might miss the idiots who usually make the walk round the park such hard work. In theory it was a good idea.
We got to Bowens Field and had a bark at the idiot who was walking his dog across the entrance. He was walking to and fro as we approached and was walking to and fro as we came out of the other end of the park. What was he playing at? I thought that the idea of a park was that you went into it?
We met another idiot who was chasing a spaniel all around the park, and we nearly had an episode with a jogger whose dog was on a massively long lead which was trailing as if to deliberately trip people.
It was with something of a sense of relief that we came home.

I refereed the dogs’ breakfast, then they all settled and were soon snoring. I went to find where I’d left my car on Friday night and drove round to the outlet centre where a geo-meet was taking place. The meet was in a coffee shop; I was first one there and had a rather good almond croissant with a cuppa, and it wasn’t long before people arrived. We had a good little catch-up, spending an hour or so chatting about stashing film pots under rocks.
I came home to find the dogs still asleep. Flushed with enthusiasm about the geo-meet I’d just been to, I started drumming up interest for the meet I’m planning in a couple of weeks’ time. I sent out personal invitations to well over fifty people, and I’m sure that there are people I’ve forgotten.

The plan for today had been a tribal gathering in Hastings, but with my mum being poorly that was put on hold. Instead "My Boy TM" and Cheryl came round and we drove up to the Pheasant for a spot of lunch. The Pheasant was… it was typical of a chain pub at Sunday lunch. It was far too loud with the lower orders shouting obscenities at each other whilst their ill-behaved brats screamed for the simple reason that they could. (And this is one of the better chain pubs for miles around). But despite the surroundings, lunch was good.
We didn’t have dessert there; we went for McFlurries instead.
We then went on to Bybrook Barn and to Pets at Home to look at the fish; "My Boy TM" has spent a small fortune buying a fish tank. I reminded him that the fish tank in our living room is his; he’d forgotten all about that.

I came home, and slobbed in front of the telly until "er indoors TM" came home. We printed off more Munzees, then with her off to bowling. I slept through a couple of episodes of “Schitts Creek”. Hopefully the dogs will sleep tonight…