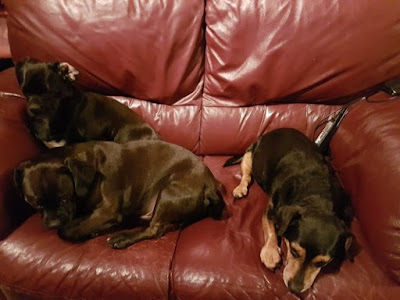 It was with something of a sense of relief that I drove home this morning. The night shift had kept me busy, my sore throat had got worse, and the blister on my left heel was particularly painful.
Poor me (!)

As I drove home the ex-Prime Minister David Cameron was in the news. Apparently he’s turned down the job of running the show when the UK hosts the big climate change meet-up later this year. He says he’s got other stuff to do (which he might well have) and he says he feels that someone currently active in politics should really be in the hot seat. He’s probably right, but I can understand the current Prime Minister’s thinking. With the world leaders assembling the UK needs to be represented by someone who isn’t seen as a joke. Like him or loathe him, as a Prime Minister, like Margaret Thatcher (who I personally loathed) he commanded respect. Which is more than our two most recent Prime Ministers have done.
Mind you Mr Cameron must have gone down in the estimation of many people when one of his security detail left their gun in a toilet. Whoops.

I came home and collected the dogs, and we went out to Kings Wood for a little walk. But only a little one. The dogs can run off the leads more easily in Kings Wood, and there are generally less “episodes”. We had a good walk, if a short one. I found my dodgy heel was far less painful in wellies than it had been in trainers.

With walk walked we came home. The dogs weren’t that grubby that they needed a bath, so I just scrubbed myself and went to bed. We had a little ruckus as Treacle and Pogo wouldn’t settle, They wanted to be on opposite sides of me; pinning me down. Eventually I persuaded them that I wasn’t having any of it, and we all got a few hours sleep.
I woke to see that perhaps bathing the dogs might have been a good idea, and I wrestled the bedspread into the washing machine. It took some wrestling but I eventually got it in there.

With that scrubbed I put more washing in, and did the ironing whilst watching more episodes of “Schitt’s Creek”. Half way through the domestic drudgery Fudge got out of his basket and was sick. I wonder what that was all about. He then went into the garden, ate a load of grass, then went back to sleep. As did I once the ironing was done – once I’d chased all three dogs out of my chair.

"er indoors TM" is boiling up dinner which we will scoff whilst watching telly. I expect I shall fall asleep. Again.
And my sore throat and iffy heel haven’t improved as the day has gone on either…
On the plus side I think I got the bedspread back in place before "er indoors TM" realised what had happened…