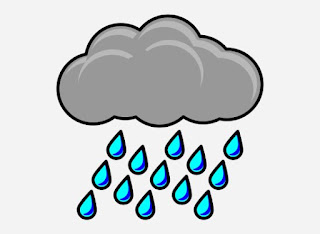 Despite a traumatic dream in which I was somehow trying to save a flock of horses who were being kept prisoner in a high-rise block by a Chinese triad (!) I slept well. Over a solitary brekkie I watched another episode of “Titans” which was better than yesterday’s instalment, then I had a little look at the Internet to see if it had changed overnight. It rarely does, but sometimes…
Today wasn’t one of those days.
Nothing had happened overnight on Facebook. LinkedIn had sent me an email asking if I knew some recruitment director or other. I didn’t know him, and judging by his frankly scary-looking photo I wasn’t sure that I want to either.

All three dogs (and "er indoors TM") were fast asleep as I left home. I ran down the road to where I'd parked up last night, but still got soaked. The rain was torrential.
As I drove through a very dark morning the pundits on the radio were still scaremongering about corona virus. Avoiding handshakes, wearing face masks... it all makes for sensational news. It never fails to amaze me how a new way of dying in a foreign country is always newsworthy, but something tried and tested isn't. How many people died of malaria yesterday? (it was in the thousands and no one cares!)
There was also talk about the future of the BBC; some BBC bigwig was sneering at the idea that the BBC might be funded by a monthly subscription in much the same way that Netflix and Amazon Prime are funded. But isn't that *exactly* how the TV licence already works?
And then they wheeled on Lisa Nandy who is hoping to be the next leader of the Labour party. With so much troubling the country (Brexit, storms, corona virus, international trade deals) all she wanted to talk about was the rights of trans-sexual people. A matter of the utmost indifference to the vast majority, I'm sure, and yet another example of how the Labour party are determined to make themselves unelectable.

I got to work. As I walked across the car park my wet trousers were clinging to my legs.
I went into the works canteen determined to have a fruit scone with a cuppa today. They had the fruit scones, but as I reached into my pocket for money I felt something. Some coins ran down my leg. My pocket had again worn through.  It is always the pockets of my trousers that wear out first. I wish they wouldn't.
Mind you I did like the fruit scone.
As I scoffed it so my phone beeped. A new series of geocaches had gone live near the M25. Result! Each will need a puzzle to be solved before I can go hunt it down, but I was glad to see them. It's no secret that the ancient and honourable pursuit of hunting Tupperware is dying on its arse. Everyone wants to go hunt the things out; very few want to actually go hide the things. I was speaking with some woman at a geo-meet the other day. She asked if I hid them as well as searched for them. She said she only looks for them; she can't be doing with putting herself out to hide the things. She's only been playing the game for ten years; you would have thought that she's have wanted to contribute something back, wouldn't you?

I got on with work. As I worked I dried out somewhat, and wasn’t at all soggy by going-home time. I came home, ran the dogs round the block, and with "er indoors TM" off to craft club I had a look at the series of geo-puzzles that went live earlier today.
They are all part of a “South of London” series. There is a place given in each puzzle for which I have to come up with a three-digit number. Is the three digits the distance of that place from London, the post code, the number of letters in some nearby landmark… it really could be absolutely anything. I haven’t a clue how to solve them… but give it a week or so and lists of answers will soon start circulating…