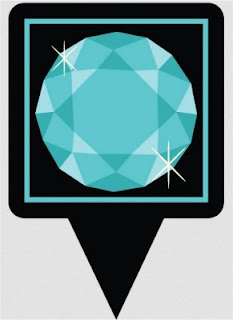 I slept like a log last night now that I’ve swapped the CPAP’s “up the nose” attachment for a full-face thingy. It does make scratching your beak in the small hours something of a mission, but my conk is still too sore for the “up the nose” attachment.
It’s such a shame that I really don’t like my CPAP machine. On the one had it does help me get a better night’s sleep. On the other hand when I’m wearing it I feel like an old man on his death bed.

I slept for eight hours; I would have slept for longer had one or other of “the terrible twins” not had a stretch in their sleep and clawed me.
I made some toast (with the last of the bread) and had a look at the Internet. Despite my best efforts, Facebook was still showing me adverts for stuff in which I had no interest whatsoever. Amongst adverts for broken outdated IT, poggered table tennis tables, Aled Jones’ upcoming tour and rather unflattering women’s clothing was a suggestion that I should become a fan of a page devoted to the latest news and developments in Cornwall. Cornwall? I do like the place as a holiday destination, but it is eight hours away.
Why not Kent news?

"er indoors TM" came downstairs and had a rant that someone had stolen our orange food waste bin. She was rather fierce about the matter. I can’t help but wonder who would be so desperate for a storage container which has housed my leftover slops for the last week. There’s no denying that the thing was rather skanky; over the summer I’ve had to boil it out (several times) to get shot of the maggots.

With my heel still sore I spent a few minutes trying to find where I’d left the plasters, then drove (rather than walked) to the park. We had one rather minor episode with a “precious princess”, bit other than that the walk went well. We met Brian and Rachel as we went; they’ve developed a lucrative little side-line in taking dogs for a walk. I might do that in the future.
We came home; I had a cuppa and watched last night’s episode of “Star Trek: Picard”. It has no end of nods to what has gone before (if you look hard enough), but it’s odd. Star Trek has always been stand-alone episodes with very little ongoing storyline… but I quite like it anyway.

As I drove to work there was a documentary on the radio about the musical "Chicago". This is a film I've never seen; the pundits on the radio made it sound rather good. I wonder if it is on Netflix or Amazon Prime?
I stopped off in Aylesford to seek out some aquamarine jewels, but in the end settled for some barcodes stuck on lamp posts (it's a Munzee thing), and then flushed with success I stuck a few barcodes of my own on to random lamp posts.
There are some who might not consider this to be a constructive use of my remaining years, but each to their own. I've yet to encounter any small-minded backbiting in the Munzee world, and bearing in mind how quickly every other hobby had descended into petty squabbles I'm sticking with what seems to work.

I drove in to work. I'd been assured that there had been spaces reserved for the late shift in the now-much-reduced car park. I'd also been told of people having difficulties parking for the late shift. Once the new multi-storey car park has been built things will be much better, but building a new car park on top of the old one does make for difficulties when you are trying to actually park a car.
I drove up to the people guarding the entrance to the car park and told them that they had a space reserved for me. They asked which department I was in. I told them; I was parked up in less than a minute. My colleagues who had experienced problems had *asked* the car park staff; I'd *told* them. These people respect strength and authority... (he sniggered...)

I got myself a plate of fish and chips from the works canteen and got on with a rather busy late shift... By the time I got to work I was worn out…