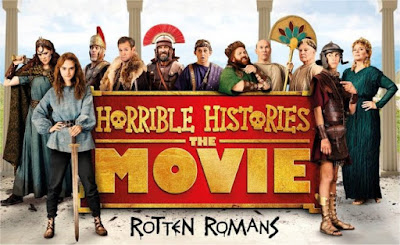 Finding myself wide awake at silly o’clock I got up and watched the new episode of “Star Trek: Picard”. It was rather good.
I then had a little look at the Internet. A minor squabble was threatening to kick off on the local geocaching page. Yesterday’s publication of a series of puzzle caches had caused consternation. What was the theme? Distance from London? Minor nobility? Race horses? It really could be absolutely anything at all. Some were taking the line that geocaching is a treasure hunt, not an exercise in cryptography. Others were of the opinion that anyone who could be bothered to go stick a film pot under a rock could do it in whatever way they chose. The trouble with geocaching is that very few people can be bothered to actually contribute to the hobby. More and more people just go sit in the pub and talk about it, and so it is slowly dying. Such a shame.
I had a look at my emails. I had loads. Not one worth having though. I sorted the tumble-dried undercackers and set off to work.

As I drove up the motorway the pundits on the radio were talking about a Mexican butterfly farmer who has been murdered. The most likely culprit is the local gangster chief who makes a profit out of his logging operation, and the butterfly farmer had been campaigning against deforestation. Apparently this sort of thing is rife in Mexico where only three per cent of the reported murders end in a conviction of a murderer. With such a low conviction rate, murder is commonplace.
Makes you think, doesn't it.
There was then talk of an ex-policeman who is in all sorts of trouble because of his “hurtful and hateful” posts on Twitter aimed at humiliating the trans population. Apparently he caused endless upset by saying that he was born a mammal but identifies as a fish.
Is that hurtful? Really? It's odd that in today's society you dare not say a word about someone who wants to change their gender, but you can be as rude as you like about the fat and the bald and if I take umbrage then I'm the snowflake

I got some petrol in Aylesford (for the same price that I might have paid in Ashford) then went on to Sainsburys where I got some cakes for everyone at work (it’s my birthday soon). The staff there were friendly and helpful; the staff in Pembury’s Tesco could learn a lot from this bunch.
Whilst I was there I deployed a Munzee in the car park. There was a minor hiccup as the app thought I was half a mile away. The sat nav on my phone is od. It works perfectly well in some apps, and not at all in others.

I went in to work and had a relatively good day. There were one or two difficulties with peculiarities of the M and D blood groups, but that’s why we do blood tests.
And with work worked I came home.
"er indoors TM" had beaten me home and had already taken the dogs out. She reported their behaviour was far better than anything I ever get from them.

We had fish and chips, then watched a film on Amazon Prime. “Horrible Histories: The Movie – Rotten Romans” was “not too shabby at all” to coin a phrase…