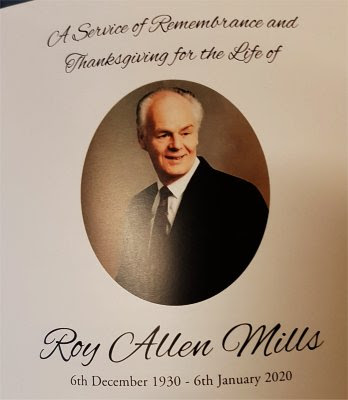 The dogs were relatively settled last night, but my CPAP machine managed to make my nose very sore. I took the thing off at four o’clock and lay awake for three hours.

Over brekkie I had a look at Facebook; quite a few horror tales of rampant racism since Friday’s Brexit were being bandied about. Some were probably true, some were probably exaggerations, and some were probably blatant lies, but some of the rants I read did make me cross. A friend of a friend seemed to be rather confused in that now Great Britain had left the European Union he was wondering where the British Empire had gone. Another friend of another friend seemed utterly oblivious of the difference between the concepts of “Great Britain” and “England”. And one woman who had been born in Germany but had lived in the UK for over forty years was being deported.
I couldn’t help but wonder if the blatant idiocy being flaunted on Facebook this morning was in any way connected with the invitation I received to follow the official Facebook page of the government of Japan.
It seems odd that having had a weekend in which to do pretty much whatever you want to do, no one other than me appeared to have done anything worth posting on social media.

I didn’t have any emails worthy of note, so I got dressed and walked down the road to the dentist. My cake-muncher passed its MOT and I came home, put on a suit and set off to the train station and Hastings for something of a reunion…
The eighth Hastings Boys Brigade company was a very large part of my life during my formative years. Weekends away in all sorts of places. Taking part in all sorts of competitions from chess to marching bands. We learned so much; first aid, map reading, table tennis, cooking. I made friendships that have lasted over forty years.
The chap who ran it did so with very little help. Sometimes he would have an assistant; more often he would dragoon someone or other from the church if he needed anyone. Quite often he would be running the show single-handed. As well as running the Boys Brigade he grew prize-winning fuchsias, was a leading light in his local church, played in local table-tennis and football teams, and painted the most intricate and beautiful patterns on eggs… can you believe he painted eggs because he would get bored.
Today was his funeral.

The church was packed; and so many people were playing the rather embarrassing game of saying “you look familiar but it’s been forty years…” I soon found some friends from way back when, and we sat together and remembered the old days as you do with people you’ve not seen for over half a lifetime.
The service of remembrance was excellently done. We remembered our old leader and mentor and friend fondly and without tears. There was a particularly good eulogy given by the Reverend McCabe…(!) The Reverend Paul McCabe is (not counting family) the person I’ve known for longer than anyone else in my life. Me and Paul started together in the same class at primary school in 1969. At the point in Paul’s speech when he read out “The Object of the Boys Brigade” we all joined in and we all remembered it word-perfect even though it has been forty years since any of us have recited it.

There had been talk of going for a drink after the service, but there were so many people to see, and so many people to talk to. And it was at this point that I realised just how much my shoes had rubbed. A contemporary of my brother gave me a lift to the station, and once back in Ashford I got a taxi from the station to home.
Once home I spent a few minutes putting plasters on blisters, and putting best shoes in the bin. I walk for miles with no problems most of the time, but my best shoes did my feet in (to the limit and beyond) today.

We must have another get-together soon… before another of us passes away.