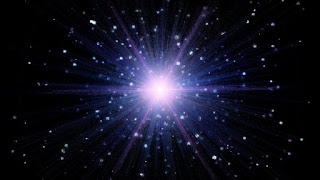 Over brekkie I had a look-see on-line. For all that I an an avid hunter of tupperware I don't actually go on many geocaching e-groups. Let's be honest; the hobby is a tad silly..... someone goes and hides a sandwich box and everyone else goes to find it. It always amazes me how so many people get so nasty about the topic. On Saturday nigt I read a particularly vicious rant from someone based in Brighton who was cursing a good friend of mine about being unable to find one such box. This morning I read a rather nasty squabble about who did or didn't get FTF on something in the Liverpool area.
I suddenly realised just how wonderful the Kent geo-group is. There is no nastiness. There are disagreements, but people disagree and give reasons and discuss the matter. The line taken is the line I try to take: "I disagree with you for the following reasons" not " I disagree with you because you are stupid".
In retrospect the Kent geo-group is probably the major reason why I keep up this daft hobby. Were the locals as argumentative as everyone else I would long since have packed up.
I get enough arguments everywhere else...

I popped the lead onto "Furry Face TM" and we walked over to Newtown where we met "Daddies Little Angel TM" and "Stormageddon - Bringer of Destruction TM". Together with Sam, Sid and Buster we walked over to the orbital McDonalds. It was a cold day; we've been spoiled by the last few weeks being so mild. But McBrekkie warmed us all up, and we had a rather pleasent walk along the river on our way back again.

I had planned to spend a little time emptying the rubbish from the front garden this morning but "er indoors TM" had done that over the weekend. So instead I sterilised the beer barrel (a job I should have done a month ago), made a start on the laundry and then had a spot of lunch. I say "lunch"; I just scoffed whetever leftovers I could find laying round the kitchen whilst watching last week's episode of the re-booted "X-Files". I never really liked the original series of the "X-Files"; I'm not sure if I like this new version. But I shall give it a chance before dismissing it out of hand.

I then spent the afternoon learning. It has been a while since I did anything with Coursera. I've enrolled on a five-week course: "From the Big Bang to Dark Energy". It is provided free by the University of Tokyo. The first week was all about stuff I already knew, and today I completed the first week's worth of lectures and got full marks in the test. I was pleased about that.

Rather than carrying on with the second week's worth of lectures I had a little tidy-up. Or that is I intended to have a little tidy-up. I would have done much better had I been able to put stuff in the loft space. I couldn't do so as my ladder has gone walkabout. I can remember leaving it with "Daddies Little Angel TM" in her flat in Folkestone. When they moved there was talk of the thing going into storage. I wonder where it has gone?
And with so much more I could be doing on a precious day off I had a little sleep; night shifts, day shifts and poor sleeping had taken its toll so I took myself off to bed for a couple of hours.

I woke still feeling a tad grim, so I spent the evening slobbing on front of the telly. "Killjoys", a documentary about trainees joining the Royal Navy, and "Gotham" is on later....