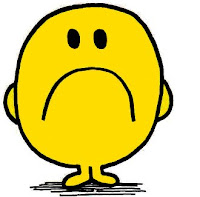 I woke up feeling a little less grim that I did yesterday, but somehow overnight I seemed to have developed a pain in my left wrist. I wonder what that was all about. Over brekkie I watched last night's episode of "Crashing"; last week's episode was rather lame, this one was a vast improvement.
Apart from an email asking me to read my gas and leccie meters nothing else had happened on-line overnight so I set off to work.

As I drove to work the radio spewed its usual blend of drivel.
The Prime Minister is currently off visiting our European partners with a view to improve Britain's deal with the EU as an overture to a possible Brexit.
For myself I'm all for the European ideal. To those that feel that we are tied down by needless rules and regulations from Brussels I'd ask them to quote a few such rules that we *wouldn't* have to abide by should we decide to leave the EU. Whether we stay in or not, much of our international trade and our border issues will still be with Europe. By staying in the EU we at least maintain some say in these rules and regulations. By leaving we will find ourselves with our hands tied; in such a case should we wish to have anything whatsoever to do with the Europeans it would be *entirely* on their own terms.

There was also reports that a survey had pointed out that men aged between forty five and fifty nine have reported the lowest levels of satisfaction with their lives.
I can relate to that. I've been a right misery just lately. I have no idea what I realistically could have expected out of life but looking back to the sixteen year old version of me washing dishes in the Harbour Restaurant (on Hastings sea front) I'm sure that I was hoping for far more than I have ended up with.
I have been married for nearly thirty years, the mortgage is (mostly) paid off. Both children have turned out (reasonably!) well. I've three grandchildren. I've acheived quite a bit in life really. I've taken scouts to America, I've bred boa constrictors. I've been on national telly.
But I look at those with whom I went to school (on their six-figure salaries) and I want more.
If I had my time again would I have done things differently?
I don't know.
Things haven't turned out that badly. But they could have been so much better.

I got to work and had a rather bad day. For now I shall leave it at that.

Once home I read something interesting on-line. A national newspaper has published a list of its top ten places to live in the UK. It corresponds with the Rock Horror Picture Show's list of its top ten box office theatre takings.
The closest of these places is a two-hour drive away from where I live....