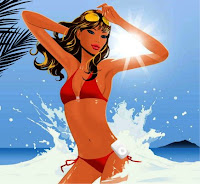 Last night as I worked the radio was on. My piss boiled at the news I heard. A former Pirelli model is suing her ex-husband. She feels she is entitled to more of his multi billion pound fortune than she currently has. According to the pundits on the radio this woman is already getting seventy thousand pounds every month from her ex-, and still she wants more. She may deserve it; she may not. I don't know.
But I will say that if what I heard is true, then every month she gets given more than most people earn in a year.

There was also an attempt to make a scandal about one of the stars of Gogglebox. Billed as being the current world Cluedo champion, great show was made of the fact there has only ever been one world Cluedo championship contest.
You would think that national radio would have better things to fuss about.

After a rather busy night with such drivel playing in the background I couldn't face the radio on my way home. So I put on one of my CDs and howled along to Ivor Biggun as I drove home through the rain. Just as I came into our road I waved to "er indoors TM" who was driving out. Despite the rain I took "Furry Face TM" for a short walk. We didn't go far and he got soaked.

Once home I got out of my wet things, had a shave and a shower and realised I'd put my glasses down somewhere. After an hour's searching I gave up trying to find them, had brekkie and went to bed. Despite having to get up to a woofing dog once, I slept for seven hours. I always feel that working nights gives me loads of time off mind-week. But the day between the two nights is usually one spent asleep.
I got up at 5pm and immediately saw my glasses in *exactly* the place I always put them. They certainly weren't there earlier. What was going on?

I had brekkie again. When on the second night shift you get two brekkies. One as first meal of the day and one when you get up. As I scoffed second brekkie I had my dog snuggling next to me. I was pleaased about that - earlier he seemed to be sulking at me for no reason that I could determine.
And now I'm off to the night shift. For all that I don't mind the night work I'm sulking a bit today. Tonight the clans gather for the Tuedsay thing and they are having pancakes...