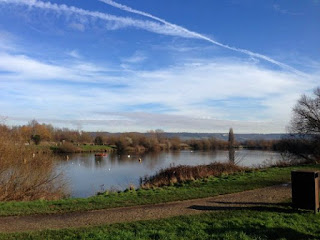 This morning I intended to go on-line as I scoffed my brekkie. I turned on my laptop and it immediately started updating itself. I wish it would ask me before doing that.
An hour later it had only got to thirty two percent done so I left it fannying about and scrounged a lift into town with "er indoors TM". I had the astro club's money to pay into the bank. I'd tried to do that on Saturday only to find the opening hours they advertised on-line bore no relation to reality, so having paid the money in I had a little whinge at the bank staff. A rather aggressive harridan employed by the bank wasn't having any of it. She told me (rather firmly) that she was sick of people looking up the bank's opening hours on the Internet and then complaining to her that they were wrong.
I gently suggested that the bank might do something about it but she didn't see it as the bank's problem in any way.

I made my way home via Burger King (and a frankly disappointing caramel latte). Once home I popped the lead onto "Furry Face TM" and we drove up to Leybourne Lakes. I'd heard good things about these lakes, and there were ten geocaches iin the vicinity. Seven of us (and two littluns and two dogs) met up and had a rather good stroll. The area was beautiful; the day was crisp and sunny and the company was excellent. We had a really good walk of a couple of hours around somewhere I've never been before.
And as an added bonus our last geo-find was in the immediate viciniity of a burger van. A sausage baguette went down very nicely as a spot of lunch.
Must go back there sometime.

I came home to find the laptop was *finally* finishing its update. It started the update at 7.20am; and finished it at 2.15pm. It took seven hours to seem no different to how it was before.
I then had my orders from the fruits of my loin. First of all I popped round to see "Daddies Little Angel TM" and Stormageddon - Bringer of Destruction TM" to drop off my drill. They needed to hang a few things and I'd persuaded them that clouting nails into the wall wasn't a good idea.
Whilst we were there "Daddies Little Angel TM" turned the telly on and showed me the recording of this morning's Jeremy Kyle show. I don't normally watch that sort of thing but this one *really* boiled my piss. A year or so ago a cousin's daughter married her girlfriend. They seemed happy; I was happy for them. This girl's wife then became pregnant; it was a planned pregnancy and they were both delighted. I was pleased for them. I must admit I was rather curious about the logistics of how it happened (as were many people) but in all honesty the mechanics of tthe deal were none of my (or anyone else's) business.
On this morning's Jeremy Kyle show the two of them appeared on national television and explained precisely how the deed had been done and outlined all the rights that the sperm donor might or might not have oveer the child. Jeremy Kyle asked all sorts of probing questions which they answered openly and in a very forthright way.
I can't help but think they will regret having made this TV appearence. They have taken a matter which (up till now) has been nobody's business but theirs and made it a matter of comment, discussion, debate and ridicule for all and sundry.

I then drove round to "My Boy TM" and we drove Lacey to her gymnastics lesson. As we drove we saw the wreckage of what must have been a rather serious accident on the ring road. I wonder what happened there?
"er indoors TM" came home and went out again. She does that. Being left home alone I found myself at something of a loose end. I had planned to get the telescope out this evening as the forecast had been for clear skies, and the sky was indeed cloudless. But a combination of waning interest in things astronomical, cold, and lack of company put me off the idea.
I toyed with the idea of going out for something of a booze-up, but I'd left it rather late to organise anything. I wasn't going to be Billy-no-mates on my own, and (more and more) I find myself fast going off the idea of spending a small fortune just to make myself feel ill.
So I spent the evening ironing my shirts whilst watching drivel on the telly...