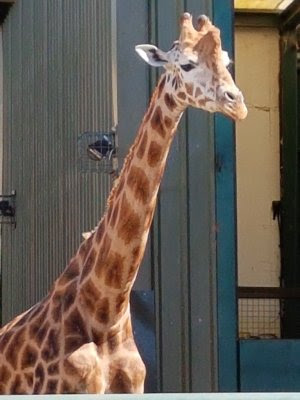 I had a rather good night. "er indoors TM" not so. She spent the night in the guest room with "Stormageddon - Bringer of Destruction TM" . She’d had this brainwave that since the toilet was a bit far from the loft bedroom she’d take a bucket up to littlun’s room in case he was taken short. Littlun thought tiddling into a bucket was a great game, and spent far too much time with his bucket all night long. The dogs also thought having littlun staying overnight was great fun and joined in what was probably quite a circus.
I just went to sleep and left them all to it.

I had some brekkie before everyone got up. I got a little emotional as I read Facebook; there is a chap with whom I was in the Boys Brigade forty years ago and we’ve recently got in touch through Facebook. He’d posted saying how it would have been his son’s birthday today if he’d lived.
That put everyone else’s attention-seeking and petty gripes into perspective.

I had an email which made me sit up and think. Just lately I’ve been buying e-books rather than real ones for the simple reason that they take up a lot less space than real books. The fact that they are cheaper is just an added bonus.
This morning Amazon wondered if I would like to buy the Game of Thrones prequel e-book for fifteen quid. Fifteen quid !! – the hardcover version is only twelve pounds fifty.

Once home we settled the dogs and smallest grandson and I drove down to Port Lympne. I had this idea that a day at the zoo might be fun…
Long story short – it was… with reservations.

I very nearly turned round at the door when I was charged forty-six quid for the two of us. Forty-six quid!!
The nice man on the till explained that the safari tour was included in the ticket price. It never had been before so I thought we’d do that first. The safari tour sets off every fifteen minutes. We missed the first one by seconds but were first in the queue for the next one. I did snigger when the safari wagon arrived and the child directly in the queue behind us announced he wanted to go to the toilet.
The safari tour could have been excellent. It takes about an hour to do, and goes through three distinct zones; South American, African and Asian. As you go you have the opportunity to see rhinos, giraffes, bears, ostriches, all sorts of creatures. Or (to be more precise) you have the opportunity *if* you sit on the left-hand side of the vehicle. We’d sat on the right and after fifteen minutes I could have got off.

If you’ve ever been to Port Lympne you’ll know the place is on a hillside. The safari tour drives you down to the bottom and you then have to slog back up on your own. Fortunately we were dropped off by the ice cream stall. A caramel ice cream each went down well. We then wandered slowly past so many seemingly empty cages. A passing keeper said that the animals tend to hide on hot days.
Luckily the plastic dinosaurs didn’t hide. The dinosaur wood made sure the day wasn’t entirely wasted.
And once we’d seen the dinosaurs Jake announced “I’ve had enough – where’s the car?” So we made our way back to the car via an orange Callippo and some Lipton’s iced tea. "Stormageddon - Bringer of Destruction TM" was adamant he wanted iced tea. I’ve since been told he’s never had it before, but now seems to love the stuff.
I took a few photos whilst we were at the zoo. It was a good morning out, but not a cheap one.

We drove on to McDonalds where we met "Daddy’s Little Angel TM". McDinner went down rather nicely, then we all went back home to collect littlun’s overnight bag and his slugs. I had then intended to work in the garden, but it was far too hot, so I put the telly on. What’s the point of having a telly if not to put on?
After a couple of episodes of “Orange is the New Black” I went out to the garden. I mowed the lawn, topped up the water features, tidied up the graveled areas, dug out gazebos, chairs and stuff for Sunday.

"er indoors TM" boiled up some fish and chips, and seeing that there was a whole load of new puzzle geocaches near Canterbury I spent the evening puzzling…