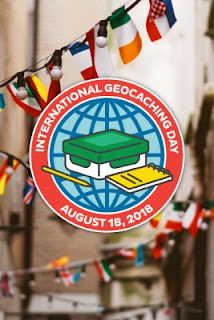 My stomach muscles ached this morning before I even got out of bed. When I did emerge my right knew was still playing up.

In a novel break with tradition I had granola for brekkie. It was rather good, but I could sense the ghost of my grandmother as I scoffed it. Many years ago when eating muesli my grandmother discovered the concept of osmosis. In technical terms osmosis is the spontaneous net movement of solvent molecules through a selectively permeable membrane into a region of higher solute concentration, in the direction that tends to equalize the solute concentrations on the two sides of said membrane. (That’s science, that is!)
In reality osmosis is the reason raisins swell up when you put milk on them. And having realized that raisins swell up when you put milk on them, my grandmother decreed that when having any raisin-containing cereal, raisins should be left to swell to their full extent before being eaten. Consequently any bowl of raisin-containing cereal eaten by anyone in our family would be luke-warm and soggy before anyone was allowed to eat it.
I scoffed my granola straight away this morning, but not without a sense of guilt.

Not much had happened on social media overnight which was probably for the best. However the leccie people had sent me an email. Since February I have underpaid by forty-two quid so (starting next month) they asaid they were putting up the combined cost of my leccie and gas by sixty two quid each month. I used one of these on-line chat thingies to speak to someone called “Raina” at their end. “Raina” had a look and agreed that an increase of ten quid a month would be more than enough. It was easy enough to sort out, but it did waste fifteen minutes.
I then phoned the bank for trivia. They went through their security process and because I had no idea what my overdraft limit was they immediately locked my account. Eventually I sorted it all out, but again what could have been a call of seconds took nearly twenty minutes.
I then phoned the internet people. They supply our land-line phone. Bearing in mind we’ve not had a phone plugged into it since before Christmas I thought that getting rid of it might be an economy we might make. I managed to recoup ten quid each month. That will offset the increase in the leccie bill…

"er indoors TM" set off to Margate to see "Daddy’s Little Angel TM" and "Stormageddon - Bringer of Destruction TM", and I took the dogs out. We didn’t go on our usual circuit of the park; we would have coincided with the Park Run, and for all that they claim to be friendly and open to all experience has shown me (and many others) that this isn’t the case.
Instead we drove over to the new Finberry estate for a little walk. Finberry is an odd place – it is still being built. Some parts are really nice and posh; other parts are rougher than the grimmest council estate with weeds three feet high. There are two geocaches over there; I thought I’d get them seeing how it in International Geocaching Day.
I found one, but the one hidden by "er indoors TM" eluded me.

We came home; we’d only been walking for a mile or so (and all of that on the flat) but my stomach was rather tender and my knee was giving me serious gyp. I settled the dogs, and set off for work.
As I drove the pundits on the radio were playing some documentary about the life of Yves St Laurent. After five minutes I realised I wasn't hearing words; I really was hearing "blah blah blah" so I turned it off and turned to my rather unusual choice of music, and I howled along to that. With a little time to spare I drove down to Willesborough where "er indoors TM" had concealed a couple of geocaches; I found both of those, and another one too.
I then went to Sainsburys for petrol. As I filled my car I could smell something odd; the chap at the next pump was filling his car with petrol whilst puffing on a "herbal" cigarette and talking on his mobile phone. I thought about squealing him up to the petrol-station-feds, but I decided "not my circus, not my monkey".

I made good time up the motorway to Maidstone; so good that I had a few minutes to go look for a cache near the hospital. I've tried for this one before. Each time I've given up after a rather long search. Today I went straight to it.
Just as I was putting it back a rather huge dog came up to me and asked for a fuss, so I spent ten minutes fussing her. The hound's owner seemed amazed that I was happy to spend time with the dog. Apparently most people either swear at the dog or run away. I told the woman that I wasn't "most people"; in retrospect I think that scared her.

I went on to work and made a bee-line for the canteen. Over the last few months I've become something of a fan of hospital food. Macaroni cheese and chips went down very nicely. I then did my thing at work. In between I wrote one or two entries for another blog.
I also found myself going up and down the stairs between the various sections of where I work. Going up and down the stairs hurt.

With my bit done I came home. Alternating my right leg from the accelerator to the brake didn’t do my knee any favours.
I’m fed up with hurting now…