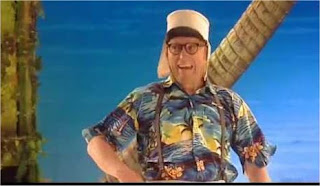 Whilst at Sainsburys I totally forgot to buy that which I had specifically gone to get (armpit-squirt), but I came out with all sorts of other stuff including coffee bags. I'd seen them advertised on the telly - just like tea bags, but with coffee. Have you ever tried them? You could get a pack of Kenco instant coffee for three quid which made one hundred cups, but I got ten coffee bags for one pound fifty (and these were the economy ones). These things aren't cheap - it doesn't take a genius to see that each cup of coffee they make is five times the price of the Kenco stuff.

During a lull in the proceedings during last night's night shift I tried one of them. They are certainly better than instant coffee, but five times better? I think these probably appeal to the sort of people who like to spend six quid on a jar of honey from the farm shops which is no different to the stuff for a quid in Tesco.

During that lull in proceedings I was also told about issues with a Munzee I'd deployed. I asked which one; I wish I hadn't. Despite having put out over two hundred of the things this year I was supposed to have instant recall of each and every one of the things.

With the shift done I spent a few minutes figuring out how to get "er indoors TM"’s car radio to tell me the morning news rather than the morning’s inane blathering from Heart FM (not that I have anything against Heart FM).

The pundits of the radio were talking about how (apparently) President Trump has had a miraculous total recovery from coronavirus all thanks to some totally untested drug which he is now promising to distribute free to the masses. Those who realise that he is talking out of his arse have said so However reality has no bearing on public opinion, and he may well have just won the election on this promise. And anyone who feels I’m being cynical might look at how Brexit was won on the strength of promises of savings of millions of pounds when the truth of the matter was completely different.

There was also an interview with Prince William and Sir David Attenborough about an environmental project with which they are both involved. From what the interviewer was saying it sounded interesting and laudable, but I couldn’t understand anything that either of them was saying.

I got home, and went to bed for a bit. Over a rather late brekkie I had some toast and geo-puzzled for a bit whilst my shirts washed. I had intended to take the dogs out, but it was raining, so instead I got the ironing board out.  I set about a week’s ironing whilst watching “Bottom Live 2001: An Arse Oddity”. Now that "er indoors TM" has fixed the DVD player I might as well make the most of it.

And with telly watched and ironing ironed I geo-puzzled for an hour or so whilst keeping an eye on the weather. The drizzle didn’t let up, and the rain was torrential when the nice lady from Amazon called. She delivered some gadget which makes an odd noise; the idea being that when the dogs start barking we give the thing a go and the noise distracts the dogs from barking. We had a couple of goes; it seemed to work.