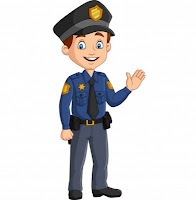 There was quite an argument kicking off on one of the local Facebook pages this morning. Someone had posted a link to a local news agency which had reported that a thirteen-year old boy had announced that today he was going to wear a skirt to school even though he’s been told that he would be excluded for doing so. There were those who commented that this was his right to do so and anyone who disagreed was wrong. There were those who pointed out that back in the day all the other boys would have given him a good kicking for doing so. No one seemed to have actually read the article in which the boy in question was described as “he does not identify as transgender but likes expressing himself in feminine clothing”. Nor had anyone realised that the boy had approached the news agency before any possible disciplinary action from the school. Was he trying to make a transgender rights issue? Or was he was just stirring trouble? Or was he looking for a few days off school?

Making sure I had my whistle I took the dogs round the park. Unlike yesterday they were little angels… which was probably for the best. As I walked my phone rang. It was the police. They’d been round to our house, and "er indoors TM" had told them I was out with the dogs. They wanted to talk to me about the episode in Orlestone Woods a few days ago in which the dogs barked at a passer-by and the passer-by then attacked them. I told the policeman where in the park I was; he told me where he was. I could see him, and I waved. I blew the whistle to get the dogs to me and walked over to see what he wanted.

It turned out that the youngster who had tried to kick the dogs last week really was autistic, and the chap who’d tried to whip the dogs with a length of bramble and had then followed me for several hundred yards shouting verbal abuse and threatening physical violence really was a professional carer. Apparently if these carers have little episodes like this, they are required to report them to the police. I told the nice policeman my side of the story (i.e. what happened). But because I couldn’t be completely sure that I didn’t actually utter a swear word I probably committed an offence under Section Four of the Public Order Act (1986). Mind you there is no denying that the supposed carer actually did commit an offence under that act.

The policeman seemed very sensible and reasonable about the whole matter, said it had been dealt with under the Community Resolution scheme, and as far as he was concerned the whole thing was over and done with.

It *really* helped that he’d seen the dogs come immediately to the sound of the whistle, and that all three waited patiently whilst he and I chatted.

Just as we got home so another policemen was popping the paperwork for the incident through our letterbox. We chatted some more; the matter is now resolved…

Or is it? I’m intrigued as to how the police found it was me who was involved in the squabble (not that I have anything to hide). And on looking at the paperwork for the incident I can see the address of the chap with whom I had the run-in. He lives just round the corner. That was a bit silly of whoever designed the paperwork, wasn’t it? And for all that the matter is over and there is no conviction or no criminal record, the incident resides on a police computer, and will come to light if ever I apply for anything which requires information from the Disclosure and Barring Service (DBS).

It was clear that the policemen involved want the matter laid to rest; I’m sure they have far more urgent and pressing matters. But… looking back at what happened… I took my dogs for a walk. They got attacked and I got verbal abuse and threats of physical violence. And somehow I’m now the villain of the piece with my details recorded? Bearing in mind that I’m the victim in this (well, my dogs are) I wonder if the chap who followed me for several hundred yards shouting verbal abuse and threatening physical violence has had the same recorded about him on the police computer? Part of me wants to stir it up to find out, but I think it best to let it go.

I then harvested a bumper crop of dog dung from the garden, mowed the lawn, emptied flood water from the various redundant pots, and sprinkled the grass seed I bought last week. I wonder if it will do anything? I’m hoping the ground being already wet and the forecast rain will work wonders on the lawn.

As I sprinkled grass seed so the dogs came out and pooped some more. How can they generate so much dung?

I could have done more gardening, but I couldn’t be bothered. I came in, dealt with a virtual blood group discrepancy,  and geo-puzzled for a bit before taking myself off to bed for the afternoon where my sleep was plagued by nightmares in which I had been unjustly imprisoned; even the warders felt I’d been treated unfairly. I wonder what that was all about (!)

Being fed up with geo-jigsaw puzzles I then installed a bit of software which would automatically solve them for me. I’m not quite sure what went wrong, but something did. It only took an hour to put my lap-top back to how it was… and even then it still doesn’t work quite as it used to… a bit like me really.