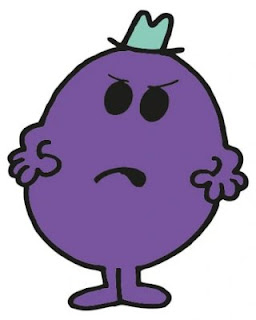 "er indoors TM" woke me as she got up. I thought it was still the middle of the night; it was eight o’clock.

I got up, and over brekkie had a look to see what I’d missed overnight in the World Wide Wubbish. For once I’d not missed much. There was an attempt going on to stir discontent on a Lego-related page, but no one was really interested in whatever bit of pettiness was being bandied.

I checked my emails, and I rolled my eyes. A geocache I hid earlier in the year is broken. The chap who announced “This one needs replacing” has found three thousand of the things and hasn’t contributed anything at all to the noble sport of rummaging under rocks for film pots. Would it have caused him physical pain to have fixed it himself? I whinged about something similar yesterday… and I’ve had the same happen with Munzees recently. Having stuck out (at least) one Munzee a day every day this year, I’ve been getting stick from someone who has only hidden one all year. In years gone by exactly the same happened in the astro club and in the snake club. So often it is “why don’t you..” and so rarely “why don’t we…” I’m fast coming to the conclusion that I’m being taken for a mug. It seems that no matter what the hobby, there are those who give to it and those who take from it. It is very easy to say “stuff it, I’m just going to take”, but I couldn’t do it. I can’t understand how these people can be so selfish as to not contribute anything at all to something they so clearly enjoy, no matter what it is.

I took the dogs for a walk. Yesterday’s went well. Today’s was a disaster. It started badly when we stopped at the kerb. Some idiot in a van demanded that we crossed the road and took umbrage that I was teaching the dogs *not* to run out in front of cars.

It was only when we got to the co-op field that I realised I’d left the whistle at home, and all three flatly refused to come to me when called. I eventually got them all back on their leads, but bearing in mind they were being wilful I didn’t want to let them off the leads again. I cut the walk short and we came home. As we walked home Pogo flew at a passing huge dog with such force that he spun himself right round as the lead went tight, and I heard (and felt) the bones in his neck crunch. Stupid dog. I wish he wouldn’t do that.

I got home and the garage phoned. It looks as though there is a wiring issue with my car. The nice man says he might have it fixed by the end of the week.

I then wrote up some more CPD then geo-puzzled for a bit before setting off work-wards.

"er indoors TM" said her car's petrol tank was half full. Not that I doubted her for one minute, but when I got to her car I fiddled about and saw that the thing had only eighty miles worth of petrol in it (half a tank - pah!) So once I'd established it took petrol and not diesel, I drove to the petrol station. There was a minor hiatus whilst some old chap dithered about at the pump for which I was queuing. Some people are able to pull up at the pump, fill the car, pay for petrol and clear off. Others aren't quite so efficient. Some have to fart about, get in and out of the car half a dozen times, walk round the car wondering where the petrol goes, stare at the petrol pump as though they have never seen one before, stare into space for five minutes, eventually blunder into the kiosk where they scrutinise every single thing that is for sale, and just generally boil my piss. How is it possible to take so long over such a simple task? Once this old chap had finally cleared off out of the way I filled the petrol tank (with petrol) and saw that the dashboard display said that the car now had a range of five hundred and five miles.

I then drove up the motorway with ten miles of slow lane cordoned off (despite only two gangs of half a dozen people working two miles apart). I got to work where the car then had a range of five hundred and forty-five miles. A trip up the motorway had generated forty miles worth of petrol. I saw that as something of a result, and got on with another late shift. I seem to have done quite a few of these recently.

I seem to have done nothing but grumble and whinge today…