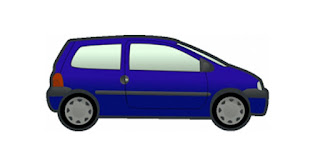 I came downstairs and chased Sid into the garden. He stood on the doorstep viewing the garden with utter contempt before going back inside. I had a shave and chased him out again (to no avail).

He then shouted his disdain quite loudly when I wouldn’t let him into any of the carpeted areas of the house and had a serious sulk.

I made toast, and (with Fudge by my side) scoffed it whilst having a look-see at the Internet. This morning my Facebook feed was filled with adverts for cat food. It turned out that the cat food manufactures were wanting to reach “people like our target audience”.

I found myself spending much of the day thinking about something my cousin had posted this morning. “Right. We had lockdown, we closed schools pubs etc....we all (mostly) wear masks sanitize our hands.... this has been going on for MONTHS. Now we're facing it all again.

Hello? Am I alone in thinking this disease is here to stay?

Yes I know there is no vaccine yet but all the precautions we have taken thus far have proven fruitless.

Let businesses trade, leave the bloody kids in school and get on with living.

I'm not making trivial the disease, but I fear we will lose a lot more if we don’t get on with life.”

This is something that I suspect we’ve all been thinking for a while now. Until a vaccine is developed (and when that might be is pure speculation) we currently have two options. We can either cower in terror and run up huge bills. Or we can get on with life and run the risk of getting the virus. I am fast coming to the conclusion that the problem here is the “run up huge bills” bit. There was a chap being interviewed on the radio the other day. The government has ordered him to close his pub, but he still has to pay five thousand pounds every month in rent and various associated taxes. We as a nation have to choose between the public’s health and the economy’s health. Our leaders have made that choice for us, and have decided that the economy is more important than people.

Our current economic system sucks. It has done for some time.

I had a message about one of my geocaches. Someone who has found twenty thousand of the things (and only hidden three in the last few years) had found one of my caches which seemed to have been put back in the wrong place. If you are presented with a multi-trunked tree and a beech tree, the hint says “multi-trunked tree” but you find the thing at the base of the beech, where would *you* put it back? Personally I’d put it back where the description said. I wouldn’t put it back in the wrong place and then message someone else about it and expect them to give up half a day and go move the thing a few yards, but that’s just me.

I got the leads on to the dogs that were coming out with me, and then we had a little “episode”. At times of high excitement (pre-walk, when dinner is being served, when the doorbell goes) Sid craps all over the place and Pogo and Treacle play-fight rather intensely at Fudge. This morning’s play-fighting was too vigorous, and it took a while to calm everyone down.

We walked out through Frog’s Island where we had a near-miss. Some local half-wit was coming past with a red setter and some other nondescript mutt, so I walked away from the path and blew the whistle. My three dogs came away from the local half-wit and came to me and I gave them all a treat for coming away from a potential incident. Clearly not knowing the first thing about how a dog’s brain works, the local half-wit loudly announced to his dogs that we had dog treats, and they all came over looking hopeful.

Fortunately we managed to escape without incident, but did he *really* think that any dog would share food with an unknown dog? My three (four) quarrel enough over scraps and they all live together.

We got to the garage; I got my car back. I half-jokingly said to the chap behind the counter that the thing was getting old. He agreed and said there was probably another year left in it. Perhaps it is time to think about a new(er) car? Bearing in mind that I only ever intended to have this car for four years and it has lasted me for eleven, it has done well. The mortgage will be paid off next year (hopefully) so maybe that might be new car time? But what car? Do Renault still make Scenics? And how much do they cost nowadays?

We drove home. Much as I’m grateful for the loan of the "er indoors TM"-mobile it was good to have my own car back again. I then drove Sid to the groomer to get his claws clipped. That was a waste of time – the groomer now only clips claws by appointment. And despite my having post-graduate qualifications in the science of human physiology and disease and having worked in the area for nearly forty years I was subjected to a technically inaccurate ad-hoc lecture on advanced immunology from a spotty child who has a sistifikat in combing dogs.

I got to sleep and slept for three hours until some delivery or other came for the home-worker and the dogs went mad. Hopefully "er indoors TM" will boil up some dinner, then it is off to the night shift. I volunteered for this one…