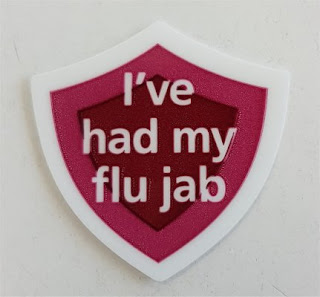 Seeing Sid was fast asleep I left him snoring. I wasn’t keen on chivvying him round the garden at six o’clock and he looked as though he would rather stay in bed. I made toast, watched an episode of “The Job Lot” then sparked up my lap-top. I had a non-message from the Leas Cliff Hall who had supposedly replied to a recommendation I’d made about them. I can’t remember ever recommending them (either in a positive or negative way); I suppose it was some sort of a scam; there’s a lot of it about.

This morning’s bitter squabble on Facebook was from one of the admins on one of the American-based Lego groups I follow. Apparently some people had been asking what their Lego sets were worth, and others were giving them deliberately low estimates so as to get themselves bargains. I suppose it is a bit cheeky really, but if I want to know the value of anything I have a little look-see to find out what the going rate is on eBay. Surely common sense tells us that we are going to get very low estimates of worth when we ask our potential buyers?

I didn’t have any emails of note, but I do think I should update my Coursera profile. They send me all sorts of emails about advanced computer programming courses related to python. According to wikipedia “Python is an interpreted, high-level and general-purpose programming language. Created by Guido van Rossum and first released in 1991, Python's design philosophy emphasizes code readability with its notable use of significant whitespace.” According to me pythons are rather lovely and misunderstood large snakes. I have no interest in the computer language, but if I didn’t have a houseful of dogs, I might just have a houseful of snakes (again).

I tried to get dressed without disturbing "er indoors TM" but doing so in the dark was tricky. Moving about in the dark meant I didn’t see the myriad of dog toys that Treacle had littered over the bedroom floor. “Falling head over heels” is a polite expression, but one’s head is usually over one’s heels. “Going arse over tit” is a far more accurate summary.

It was a rather chilly morning - I had to mess about trying to work out how to activate the heaters in the "er indoors TM"-mobile. As I drove to work I caught the end of the "Farming Today" slot on the radio. There was an interview with some rural-type minister who was claiming that the government was now able to do something-or-other (I had no idea what it was) now that the government is not bound by EU regulations. The chap was very embarrassed and utterly unable to reply when he was told that whatever it was that he was ranting about had never been regulated by any sort of EU ruling. In his bluster he all but conceded that he had been wrongly using Brexit as a (rather lame) excuse for the government's failings for some time  (I expect this happens a lot in all walks of life). This was followed by some utter drivel on the radio about how some gay rugby player has become the head honcho of the national association of young farmer's clubs, and how the LGBT community is under-represented in farming.

What does anyone's sexual preference have to do with whether or not they want to be a farmer (or anything else, come to that)?

I don't usually listen to the farming news. I don't think I will again...

In the more general news there was a lot of talk about the re-introduction of lock-down in some parts of the country, and the pundits on the radio were interviewing some idiot who claimed that lock-down was all very well for the soft southerners, but it was different for hard-working northerners because they don't get as much furlough money.  Even though they do.

I got to work. Before I started I peered out of the window through which I saw goldfinches yesterday. The puddle in which they had been spuddling had frozen overnight and the goldfinches were nowhere to be seen. Mind you I did see a green woodpecker swooping about. Fifty years ago I was in the Bird Club at Red Lake Primary School where I learned quite a bit about bird recognition. Bird Club at Red Lake Primary School was quite good fun. Once a week we'd go for a walk round the local fields looking to see what avian life we could find. Every week at least one child would see an eagle. I can distinctly remember one girl named Karen something-or-other who had no interest in birds, but never missed a single meeting of Bird Club. She came along because everyone else had sandwiches, and if she brought nothing and looked hungry, the teacher would make everyone else give her one of their sandwiches. Every week she got quite a feast whilst everyone else went short.

Thinking back I can also remember an old mucker named Nicholas something-or-other who set up a rival Bird Club at the time, and got detention for all the nudey pictures he was bringing in to primary school for his entirely different sort of "Bird Club".

I still remember quite a bit of what I learned back then (about the feathered ones); maybe I could take up twitching again? I've got a pair of binoculars somewhere.

As I worked this morning so my phone rang. It was the nice man at the garage. Apparently there was a broken wire between the ABS sensor and the control unit. He's asked his chum to fix it. I did wonder how the wire broke, but apparently these things happen. The nice man also told me that my plenum chamber's drain was blocked, and his chum will sort that out too. I didn't even know I had a plenum chamber. One lives and learns.

Having told the garage that I really did need to have my car back by yesterday morning at the latest, they've told me that it will probably be ready on Monday. Oh well - I'd rather go to a busy garage. Presumably being busy means that a lot of people use and trust the place.

And then as I was walking along one of the corridors I was accosted by a travelling flu clinic. Did I want a flu jab? These people apparently roam the hospital in search of anyone who might like a flu jab. What with the vagaries of my work pattern, getting to pre-scheduled flu clinics can be tricky, so this worked fine for me. I suspect that this scheme probably works very well for a lot of other people too.

Within five minutes of having met them I was jabbed and they were on their way hunting out their next customer.

I came home (because I live there) and helped "er indoors TM" change the bedding. She’s got a new pillow (I haven’t!), and I learned that the stripes on the duvet go down the bed, but the striped on the duvet cover go across it. Who would have ever guessed?

I then carried on geo-puzzling for a bit (in between falling asleep) until "er indoors TM" boiled up some dinner which we watched whilst watching a film. “The Hunger Games” would have been far better had its makers thought about making a a film that *didn’t* have endless plot holes. It all looked very good all the time you didn’t give it any thought.

It could have been so much better…