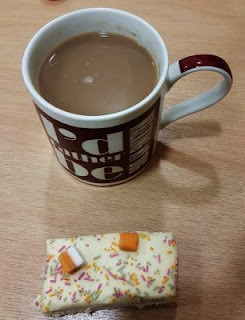 Once I’d cleared up Sid’s turd bonanza I made myself some toast and peered into the Internet. The most impressive petty squabble this morning was in one of the Seventies Facebook groups I follow. Having been asked “what was your favourite song video of the seventies” someone mistakenly posted an Abba video from early 1980. Did it really matter? Cleary it did judging by the bitter vitriol that was being spewed. Almost (but not quite as much) hatred as was being shown to the admin of one of the “Adult Fans of Lego” groups who had just let a ten-year-old join.

I had an email from Netflix. They were pushing a new series. I say “new” series – all the hype implied that it was new – “Aliens” was released on Channel Four over four years ago. I thought that was rather cheeky of them. But nowhere near as cheeky as the three emails I had telling me that three of the geocaches I’ve hidden need new paper logs. What boiled my piss was that the chap who’d logged these “Needs Maintenance” has found over thirty thousand geocaches and has only ever hidden one. Would it cause him physical pain to contribute something to the hobby?

On the plus side I found a chap who is making fan videos of Sparks songs; I liked those

We got home just as the rain started.

I popped up the road to the corner shop to get a sandwich for later and pastries for right that moment. We scoffed our pastries with a cuppa as I had a little look at my accounts, then I peered into the Internet again. I solved a couple of geo-puzzles, did a little CPD, then blagged the key to "er indoors TM"’s car. With my car still in the garage I drove hers to and from work today…
I was a tad nervous, but at least we had cake at work…